How New Technology Will Impact Airlines In The Next Decade

Airlines are continuing to look at new ways to adapt to changes in the industry. As 2020 approaches, firms are turning to new technologies to remain ahead of the competition during the next decade.

As 2019 draws to a close, there have been many breakthroughs in technology to assist aviation markets. One key segment that companies have been looking at is jet fuel. The carbon footprint involved with sourcing and using jet fuel has led to a global call for the revision of its role in flying.

Subsequently, carriers have been researching new ways to cultivate fuel for their operations. During the summer, British Airways started an initiative to create jet fuel from household waste. BA’s parent, the International Airlines Group is investing $400 million to develop sustainable fuel within the next 20 years. Moreover, the company is planning to build Europe’s first commercial waste to fuel plant in Lincolnshire.

Other fuel proposals will also come into fruition, such as airports working with companies to recycle emissions. The engineering firm, SkyNRG has been working with Rotterdam Airport to become the world’s first commercial production of jet fuel made with carbon emissions. The partnership aims to launch the project by 2021, which may pave the way for others to follow.

There are likely to be many more movements such as the fluctuating cost of oil is making it harder for airlines to account for costs. Along with this, consumers are becoming more conscious of their impact on the environment and will increasingly choose a service that causes less damage.

Additionally, In further efforts to save on emissions, there have been recent revolutions in the aircraft taxi process. This week Air India introduced its first semi-autonomous tug to pull aircraft onto the runway called Taxibot.

Along with this, BA had also introduced Mototok, a similar vehicle that works via remote control. These devices help save the use of aircraft fuel during taxiing and also helps with pushbacks.

Another area of technology that is set to receive greater attention next year is artificial intelligence. SITA Lab unveiled KATE, a check-in kiosk that will autonomously move to more busy areas in the airport if needed.

Airports are already implanting AI technology to assist passengers on their journey. Your Autonomous Pony Express (YAPE) has been trialed at Frankfurt Airport, helping customers with their baggage. These models can carry bags weighing up to 30kg while traveling at 6km per hour.

KLM has also affirmed its interest in pursuing AI technology in the next decade. The Dutch flag carrier introduced its Blue Bot (BB) self-learning system.

Various airlines have introduced biometric boarding to help save time and money on loading passengers onto a plane. American Airlines and Emirates have both become fans of this process on some of its services.

Along with this, Delta Air Lines is continuing to expand its use of facial recognition technology. Lufthansa introduced biometric boarding on its service from Miami to Munich in February. The German carrier stated that it boarded 350 passengers onto an Airbus A380 within 20 minutes.

This is an extraordinary success, something which other airlines will hoping they can match in the near future. While boarding passes and visa programs becoming increasingly digitized, passports could also see a similar fate in certain situations.

The Internet of Things (IoT) is set to revolutionize the way airlines conduct operations over the next period. IoT is made up of everyday objects that have the ability to connect with each other. This enables data-sharing capability, allowing systems to run smarter and safer.

Get Connected reports that Airbus started inflight testing of its A350s with IoT connection cabin technologies. This test includes a prototype of the iSeat, which is an intelligent passenger seat. Along with this, there is a connected galley and a wireless cabin management system.

This is the beginning of a new generation of airline connectivity, which will help generate revenue for carriers. Income generation can become streamlined as promotions would be more personalised.

As well as progress with IoT, there will be further advancements in connectivity when it comes to air traffic control. Get Connected also reports that earlier this month, the European Space Agency (ESA) partnered with Inmarsat to begin Iris. This is an air traffic program that will use Inmarsat’s expansive satellite network to enable four-dimensional air traffic management.

Furthermore, the program seeks to build a high bandwidth, cost-effective data link across the continent. The partnership plans to roll out the program by 2022, possibly overhauling the way air traffic is handled.

Altogether, airlines are continuing to improve connectivity to meet industry demands. By the end of the 2020s, it won’t be a surprise to have all major commercial operations to offer inflight WiFi as a standard.

In addition, wireless technology will have greater emphasis with inflight entertainment with customers increasing their reliance on mobile devices. By the time the ’20s are in full swing, full-service airlines may concentrate on supplying entertainment to these devices rather than on behind the seat screens.

As we head into 2020, there is a lot of room for new technology to hold a place within the aviation industry. Ultimately, Airlines will be doing their utmost to save on costs while providing a great service for their passengers.

Which form of technology do you think will hold a huge role within aviation I the next decade? Let us know your thoughts in the comment section. 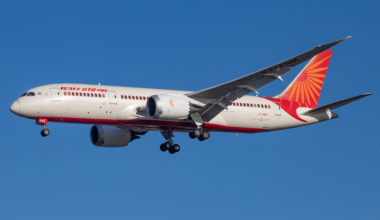 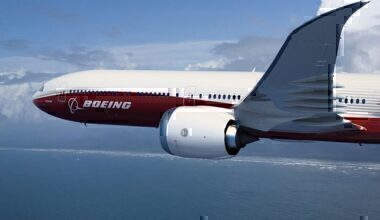 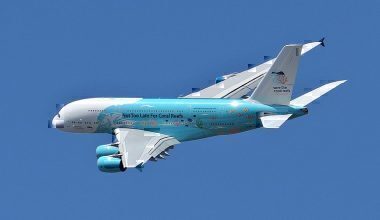 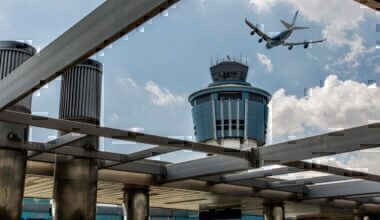