Grounded Flights Are Affecting Airports Just As Much As Airlines

More than 16,000 passenger jets are grounded worldwide as a result of the coronavirus pandemic, and airports are facing much larger issues than merely finding parking space for them. Last week, there were only 711 departures from the UK’s ten largest airports. At Heathrow alone, there would usually be 1,400 take-offs and landings- per day.

Airports serve a vital function in society as hubs of transportation and employment. Now, they are losing revenue on all fronts, with little wiggle room for cost reduction. Airports now face the need to maintain operations for repatriation flights, increased cargo-only operations, and medical ambulance traffic despite their revenues dropping.

As reported by BBC News, last week only 711 flights took off from the ten largest airports in the UK. Europe’s normally busiest airport London-Heathrow is operating with only one runway, and management has reportedly warned employees of job cuts if they do not agree to substantial pay reduction.

London City decided to close its runways entirely, and it is indeed strange times when Luton Airport is busier than both Stansted and Gatwick. British Airways has parked nearly 40 aircraft at Bournemouth Airport, and at Belfast International, there have been no passenger flights since easyJet grounded services in March.

Analysts say that many UK airports will be at risk of closing as a result of the 90% drop in overall air traffic since the country went into lockdown one month ago.

Further across Europe, Amsterdam Schiphol has moved to a phase it is calling “Core Schiphol,” maintaining only two piers in operation. Frankfurt has turned one of its runways into parking facilities for dozens of aircraft.

Tremendous losses on all fronts

Airport revenue generation is, of course, directly linked to traffic levels, and when demand in the latter drops, they have few ways of reducing costs efficiently. They still have to cover fixed costs, such as management and air traffic control, whether there are flights or not.

In an article for International Airport Review earlier this month, Stefano Baronci, Director General for the Airports Council International (ACI) Asia-Pacific, said that some airports in the Asia-Pacific region derive as much as 45% of its income from non-aeronautical revenues.

Karen Dee, Chief Executive Officer, Airport Operators Association (AOA) in the UK, said in the same publication that the impact on airports had been “dramatic, with a number of airports now having zero or near-zero passengers traveling through their terminals.”

Yes, there is the financial impact for the airports themselves, but then there is also the trickle-down effect. Retailers, kitchen staff, baristas, duty-free salespeople, taxi and ride-share drivers – all of a sudden, these workers find themselves idle.

According to Bloomberg, it is in the Asia-Pacific region where most jobs in aviation and related sectors are at risk. 11.2 out of the globally predicted 25 million. Europe stands to lose 5.6 million, Latin America 2.9, Africa and North America 2 million each, and the Middle East 900,000.

Back in the UK, one of Birmingham Aiport’s hangars has been turned into a temporary mortuary with space for about 1,500 bodies. Let us hope that this space will not be needed, and planes will soon go back to resting there instead. 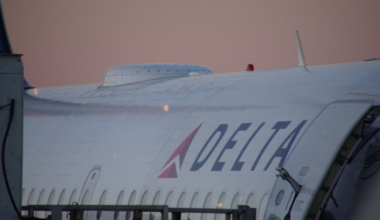 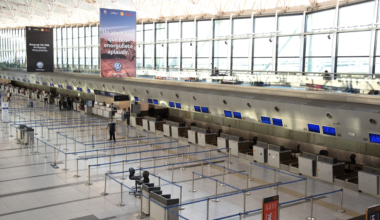 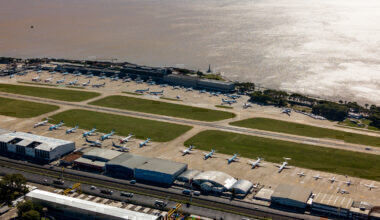 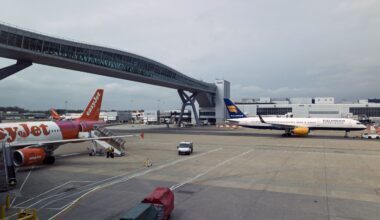 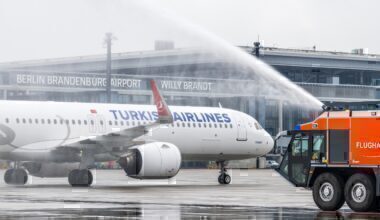 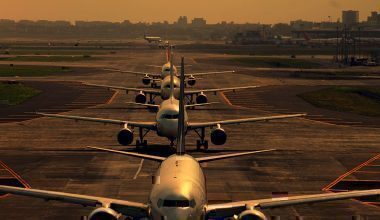