How The Boeing 737 MAX Fits With Alaska Airlines’ Sustainability Goals

Earlier this week, Alaska Airlines announced that it exercised its options on 13 Boeing 737 MAX 9s. These aircraft will arrive from 2023 and will take the Seattle-based carrier’s MAX orders to 81 units. Amid this move, Simple Flying spoke with the airline’s director of sustainability, Kirk Myers, about how the aircraft fits in with the company’s wider mission.

Alaska Airlines is determined to reduce its climate impact, recently sharing details on its strategy in this field. It has set new goals related to carbon, waste, and water. Overall, it is looking to achieve net-zero carbon emissions by 2040, with near-term 2025 targets on the way to this milestone. Moreover, it has been looking to maintain carbon-neutral growth since two years ago.

Five focus areas for Alaska include:

Notably, fleet renewal is at the top of this list. Boeing has long promoted the fuel savings to be had with the 737 MAX. The company highlights that the plane’s winglets are the most efficient ever designed for a commercial aircraft. It states that the advanced design and manufacturing innovations provide natural laminar flow. The manufacturer concludes that its production delivers the “greatest contribution to the improved fuel efficiency of any winglet. Additionally, a key driver of fuel savings is the CFM LEAP-1B engine.

Having the right arsenal

With these prospects, Alaska’s management is excited about the lowered carbon emissions that come with the plane. Myers spoke about how fleet renewals play a significant role in the sustainability mission.

“Each MAX that we’re bringing in right now is replacing one of our Airbuses. So, when that replacement happens, we’re actually seeing better than this, but we are forecasting at 22% improvement, plane for plane in terms of reduction in carbon, which, in this space, those types of leapfrog moments are exceptionally rare. We are bringing in a plane that also happens to be very financially efficient that creates a great guest experience,” Myers told Simple Flying.

“So, that’s really the foundation of our path moving forward. It’s based on thinking about fleet turnover as well as being efficient. We are very excited about how that will help support us and our goals moving forward. It’s certainly not enough, but gives us great momentum and trajectory to then build on our efficiency and technology innovations.”

Alaska presently has four MAX 9s within its fleet, which all joined this year. Subsequently, the airline completed its first revenue service with the model on March 1st. This progress came after years of it having to wait to deploy the jet following the universal grounding of the type two years earlier. Now, the carrier is looking to move back to its all-Boeing heritage.

These MAX jets are in the company of 166 other 737s. The airline also holds 46 A320s, 10 A321s, 62 ERJs, and 32 Dash 8s. None of these planes are widebodies, so the airline doesn’t have them to worry about the economics of being sustainable on ultra-long-haul operations.

Part of the culture

Myers expresses that sustainability is not just of Alaska’s formal program, but it is part of its cultural values of how the airline runs. So, it has been implementing a series of initiatives to cut down on its environmental impact across the board. For instance, just this week, it announced a partnership with Boxed Water to reduce plastic waste. Here, the carrier is replacing single-use plastic bottles in first class with 92% plant-based cartons. This transition alone is set to remove 7.2 million plastic bottles each year.

“Everything that we do has an impact, and we really try and make choices every day to reduce that impact, whether it’s in this box water space, reducing fuel use, or increasing efficiency. We also have, on our employee side, a specific green team that focuses on environmental issues and packing material,” Myers adds.

“So, they helped us in the process and are assessing what the next implementation should be where there isn’t a silver bullet. What’s the best next step we can take? So, Box Water was something we can take action on today, that’s visible and impactful, and significantly lower impact than what we’re currently doing.”

Ultimately, Alaska is keen to eliminate the need for single-use packaging altogether, but for those that require packaged water, Boxed Water is a viable solution with its 100% recyclable, refillable, and BPA-free product. Nonetheless, Alaska has been leading a campaign for its customers to join in over the last few years called #fillbeforeyoufly, encouraging passengers to fill containers of water after passing through security to bring onto their flight with the airline.

Across the spectrum, with its near-term targets, Alaska will half the emissions of its ground services equipment within four years. It is acquiring electric ground equipment and other renewables to achieve this.

Myers concludes that measures such as these matter to the firm’s employees, Members of staff started the first recycling program with the domestic airline approximately 15 years ago. These factors are also valuable to the passengers, which touch, feel and experience these features as they are part of how the airline connects with them in the skies.

Altogether, Alaska Airlines understands that these initiatives won’t change the world by themselves. Rather, they are part of a broader effort to reach milestones on the way to their 2040 target.

What are your thoughts about Alaska Airlines’ sustainability goals and their projected milestones over the next few decades? Also, how do you think the Boeing 737 MAX fits in with the airline’s plans? Let us know what you think of the airline’s operations and the prospects in the comment section. 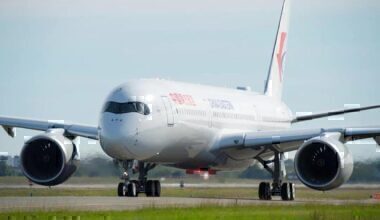 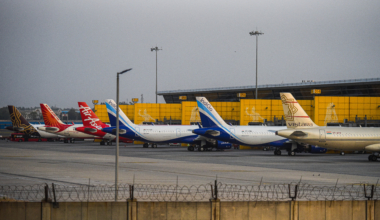