Alaska Airlines is pulling the plug on its JFK – LAX flights, one of the nation’s most competitive domestic routes. The airline will drop the route from its schedule from October 6th and “focus resources” on other transcontinental routes.

From October 6th, Alaska Airlines will no longer operate between New York JFK and Los Angeles. The airline, which planned to cut flights between the two airports down to just a single daily flight by the fall, will instead pull out entirely.

The airline said in a statement,

“In the wake of the pandemic and our recovery from it, Alaska Airlines has reassessed our network strategy. We’re focusing our resources on where we can best compete and provide the most consistent, superior service to our guests.”

Alaska didn’t fly between JFK – LAX until its merger with Virgin America was completed in April 2018. At its peak, the carrier operated five daily flights alongside its EWR – LAX service from nearby Newark International Airport. However, with air travel demand still recovering due to the pandemic, the airline currently operates just two daily flights on the route.

Alaska will not give up any of its slots at JFK and instead focus on other West Coast destinations, including San Diego, San Francisco, Seattle, and Portland. The airline will also keep its lounge in Terminal 7 at JFK. Customers who have purchased JFK – LAX fares with Alaska Airlines after October 6th will be contacted by the airline.

Why has Alaska pulled out?

The JFK – LAX route, one of the most competitive in the U.S, is also served by American, Delta, JetBlue, and United, all of which offer a superior premium service compared to Alaska. Alaska Airlines is the only carrier that doesn’t offer lie-flat seats on this route, with premium-paying travelers more likely to opt for a rival carrier.

Despite compensating for its below-par premium product by offering cheaper fares, other services, such as JetBlue’s Mint cabin, are simply too good to compete with.

“We are very thankful that we maintained a non-lie-flat position. We think our first-class seats are spot-on for the demand environment.”

Alaska has reorganized its transcontinental routes in light of its exit from JFK – LAX. The airline plans to offer 25 daily flights between JFK (12 flights) and Newark (13 flights) and cities along the West Coast.

The airline believes its resources can be better applied to other transcontinental routes that are less competitive than JFK – LAX.

The airline added in a statement,

“Our biggest strength is our core markets on the West Coast, including Seattle, San Francisco, Portland and San Diego.”

What do you think of Alaska’s decision to abandon its JFK – LAX flights? Let us know your insights in the comments. 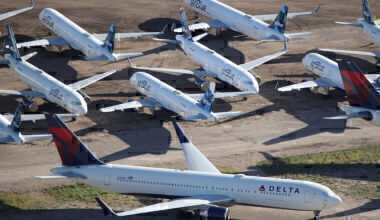 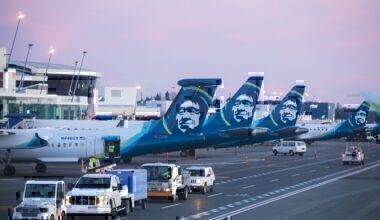 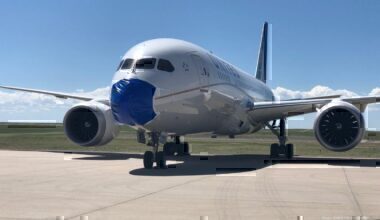 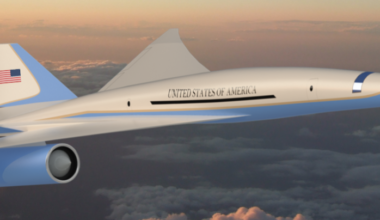