Alaska Airlines has announced that it will extend its policy to block middle seats through Thanksgiving. Previously, the carrier planned on ceasing its blocked middle seat policy at the end of October.

Alaska Airlines is currently blocking middle seats on all aircraft and limiting the number of guests on its smaller, regional aircraft that do not have middle seats. For the past few months, it has aimed to provide passengers more space onboard and attempt to social distance as best as possible. On smaller aircraft, the airline has been blocking select aisle seats.

Previously, the airline was looking to conclude this policy at the end of October. However, in a press release announcing new nonstops out of Palm Springs and Los Angeles, the airline also stated it would continue to block middle seats through November 30th.

However, Alaska Airlines is not completely guaranteeing every middle seat will be empty. In the rare cases where there are flight cancelations or other incidents, Alaska may choose to re-accommodate those passengers on another flight, filling up some middle seats. Plus, families traveling together may also inquire with the airline about being seated together.

If passengers are uncomfortable with the distance between themselves and other passengers on the day of their flight, they can reach out to a customer service agent working for Alaska to learn about more options, such as being moved to another flight.

In addition, the airline has enhanced its cleaning procedures and mandating masks, with no exceptions, for all passengers above the age of two.

Why airlines are blocking middle seats

Experts recommend about six feet (or around 1.8 meters) of distance between people to reduce the opportunity of viral spread. On an airline, that would mean seating only about two people per row, which would reduce capacity by a whopping 67% on Airbus A320s and Boeing 737s.

Instead, airlines that have social distancing policies in place have focused on blocking middle seats and ensuring passengers are not sitting next to someone they do not know.

For Alaska, blocking middle seats gives the perception that the airline is focused on protecting the health and wellbeing of its passengers. Airlines are betting that this will help build brand loyalty and further strengthen the position of the airline moving forward out of the crisis. Alaska is already a uniquely-positioned airline, and that positioning should help the airline emerge stronger from the current situation.

As for if this policy will again be extended, it is unclear exactly to what extent Alaska’s leadership team is prepared to do this. If the airline believes that there will continue to be limited demand for air travel through the winter, then it would make sense to maintain its policy of blocked middle seats.

On the other hand, if Alaska thinks that demand will increase, or else sees demand rising for travel in December, then the carrier will likely move to book its aircraft to capacity. All of this, however, depends on how the recovery shapes out.

Which other airlines are blocking middle seats?

Out on the East Coast, JetBlue is blocking middle seats through mid-October. Hawaiian Airlines is preventing the sale of middle seats onboard its aircraft to provide more space onboard.

Are you glad to see Alaska blocking middle seats through Thanksgiving? Let us know in the comments! 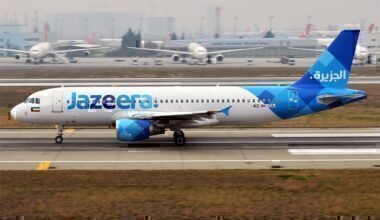 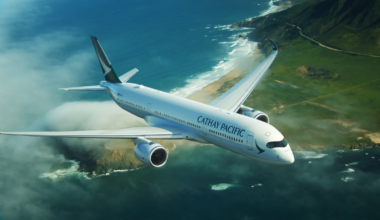 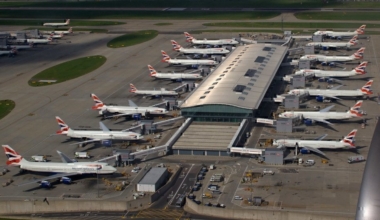 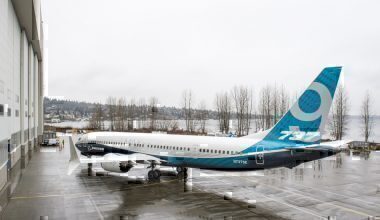