An Alitalia flight took off today from its base in Rome heading to New York. This is the first long-haul flight operated by the Italian airline since early May. The struggling carrier suspended all long-haul flights as international travel restrictions prevented airlines from operating. Alitalia is hoping to relaunch a further 30 routes later this month, despite being bankrupt for several years.

Alitalia is back in the skies over the Atlantic. The Italian carrier rose like a phoenix from the ashes today – a post-coronavirus airline with a plan to succeed. The airline has been bankrupt since 2017 and has been surviving on government assistance ever since.

But now it seems some good news is on the horizon. Last week, the airline said it would look to restart operations to New York as well as some flights to Spain, and it has, so far, stuck to its word. It’s also looking to up the number of domestic flights it offers. From today, the airline will begin to operate 36% more flights than it did in May. This totals 30 routes flying to 25 airports, 15 of which are in Italy.

For Alitalia, the virus outbreak was bad news in an already dire situation. The airline was one of just a few European airlines that continued operations during the outbreak. It kept domestic services open to allow Italians to travel within Italy. Alitalia also continued cargo services to and from China as well as operating several repatriation flights around the world.

While the outbreak has been the final nail in the coffin of many airlines recently, it may actually have twisted Alitalia’s fate. The airline’s domestic operations, cargo flights, and repatriation flights were essential for the Italian government. By proving its usefulness, it may have bought itself some time.

Alitalia under a different name

Ongoing negotiations to find a buyer for the airline were due to end last month. But now, the government has retained control of the airline until the industry settles down again. Although only supposed to be a short-term solution, the Italian government is still allowing the airline to continue. The new flights today show just how vital the airline has become to the Italians.

But does this mean the government will take control of the airline for good? Well, it’s not that simple. The European Commission (EC) is currently investigating whether the loans to the airline breached European Union (EU) State aid rules. If this is the case, the airline would have to pay back previous loans. Obviously, it doesn’t have the money for this.

However, the EC has previously ruled that Estonian state aid in 2013 for airline Estonian Air was a breach of the rules. Of course, the airline could not pay back the money. But that wasn’t the end. The government declared the airline bankrupt. Then, the next day, the airline Nordica was born, and so Estonian Air lived on under another name.

A future for Alitalia

So, we may see Alitalia rise again. Perhaps, by reopening routes before competitors, Alitalia will save itself. Or at least protect itself enough for a buyer to be interested. After all, no one knows what the industry will look like for the next few years. Maybe Alitalia will thrive.

Or perhaps, if the EC decides against the airline, it will rise again under a different name. The Italian government has shown how much money it is willing to spend to save the airline. Now, it may have to let it fall, only to help it rise again.

What do you think will happen to Alitalia? Will we see it reform under a different name? Will the government save it, or is this the end? Let us know what you think. 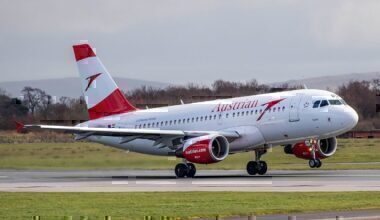 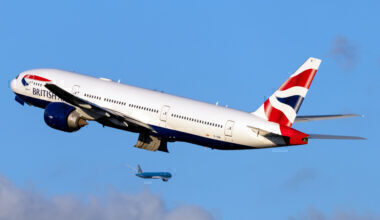