Why The Airbus A320 Will Never Be All Electric

Last Wednesday Rolls Royce and Airbus gave an update on the E-Fan X project. The briefing was held in Paris and, interestingly, the topic of an all-electric Airbus A320 came up.

Many companies are currently working on integrating hybrid and electric designs into their aircraft. The goal of this is to make aviation cleaner, in an age when carbon emissions are of increasing concern. So far, initiatives range from Ampaire’s hybrid Cessna 337, which will enter production, to Airbus’ E-Fan X which is being used instead for research and proof of concept.

An all-electric Airbus A320 would be a wonderful thing. Why? Fasten your seatbelts as we’re about to encounter some very rough maths.

On an average flight, Ryanair emits of around 66g of CO2 per passenger per km. There are 189 seats on a Boeing 737, and Ryanair’s January load factor was 91%. This would mean there were approximately 172 passengers on board, giving us 11.35kg of CO2/km for the flight. Roughly.

Ryanair operates over 600,000 flights a year, according to their website, so you can see how their carbon footprint begins to add up. According to the BBC, Ryanair alone are responsible to 10,000,000 tonnes of CO2 per year, or 10 megatonnes. YouSustain says that’s equivalent to driving a car nonstop for almost 45,000 years! 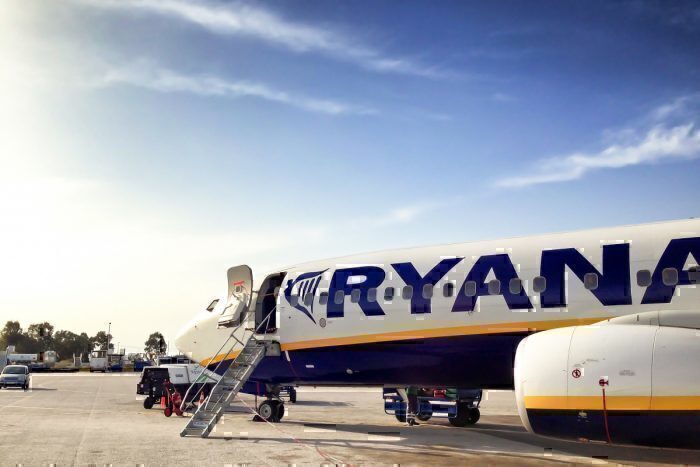 Ryanair currently achieves a Boeing 737 CO2 output of 66g per passenger per KM. Photo via PixabayThe Boeing 737 and the A320 are roughly equivalent in terms of fuel consumption as well as passengers carried. While the A320neo claims to be 15% more efficient than the ceo version, it’s still responsible for a sizeable carbon footprint, particularly when you imagine more than 8,000 of the A320 family have been delivered to date.

Taking that CO2 out of the equation or reducing it significantly by making the A320 an electric aircraft would clearly be a great thing to do. However, Airbus say it just won’t work.

Why won’t an all-electric Airbus A320 work?

When answering questions regarding the E-Fan X project in Paris Airbus’ Chief Technology Officer, Grazia Vittadini, spoke on a theoretical all-electric Airbus A320

Vittadini told how currently lithium-ion batteries have an energy density of 100 Watt Hours per Kilogram. She explained that, “assuming for a moment that we’d be able to rely on batteries 30 times as energy dense as that [100wh/kg], an A320 would be able to fly with half of its payload for one-fifth of its current range, 500nm max. So, assuming a battery which today does not exist … It doesn’t work, purely electrical will not work.”

What is the solution?

Currently, the future is reliant on more efficient gas turbine engines. However, aircraft and engine manufacturers are devoted to solving the issue of aircraft emissions. Some of the avenues being explored are hybrid aircraft, while others are about making aircraft engines more electric. An example of a more electric engine could see the mechanical starter on the accessory gearbox being replaced by an electric starter.

Indeed, earlier this month, we discussed a Bloomberg report on the matter. Industry insiders had noted that Airbus want to develop the world’s first hybrid electric airliner, a version of the A320neo. This would be hybrid and not all-electric though.

What do you think the future of electric aviation has in store? Let us know in the comments!