The CEO of one of the world’s biggest airlines, American Airlines, is sticking to his guns with their Boeing 737 MAX orders. The airline has 76 MAXs on order, due to join its current fleet of 24 MAXs. But despite the challenges facing Boeing’s MAX program, American Airlines, and the wider aviation industry, American Airlines CEO Doug Parker isn’t planning to defer any 737 MAX deliveries.

In an interview with CNBC earlier today, Mr. Parker said his airline was ready and willing to take new aircraft.

“At this point, the new airplanes we have scheduled to come, we want. They’re great aircraft that will replace some of those aircraft that are leaving. We don’t have any intention of working with the manufacturers to defer or cancel any of those orders.”

In 2014, as part of a larger order, American Airlines ordered 100 Boeing 737 MAXs with options for 60 more. At the time, Jim Albaugh, President and CEO of Boeing Commercial Airplanes said;

“For us, this is one of the largest 737 orders in our history and we think it’s one that reaffirms what a great airplane the 737 is.”

American Airlines said the order (alongside a comparable Airbus order) was based on a need to replace three to four hundred aircraft over the next five years.

“No single manufacturer could provide the number and variety of aircraft we need to fulfill our vision for the future,” said the Chairman and CEO of American Airlines, Gerard Arpey.

The future is not what either Boeing or American Airlines forecast

Here we are, at the end of that timeline and the aviation environment is nothing like what either Messrs Albaugh or Arpey forecasted in 2014.

The 737 MAX program, which began so optimistically, is suspended. The MAXs themselves have been grounded for a year after two fatal crashes. The aircraft has become the most notorious of its era – for all the wrong reasons.

But the MAX story, arguably the biggest aviation story of 2019, is a news bite compared to what’s happened to aviation in 2020.

As a worldwide pandemic sees the aviation industry grind to a halt and carriers like American Airlines slash flights amid evaporating revenue, the optimism of the 2014 announcement must seem like a misty halcyon memory for American Airlines.

“It certainly feels like we’re at the bottom. Our revenues are down 90% on a year to year basis and they’ve been that way now for a few weeks.

“The real question is how long do we stay at the bottom and when do we begin to recover?

“There are indications that the world is ready to start traveling again, but it’s very preliminary and it’s certainly not happening today.”

Whether this proves to be the case or not, Mr. Parker isn’t standing still. The airline is still retiring its older planes as foreshadowed back in 2014. The CEO sees the current environment as an opportunity to accelerate the retirements. While noting this will lead to a smaller airline in the immediate future, it also paves the way for new incoming aircraft.

“While we have the youngest fleet of any of the major airlines, we still do have some older aircraft that we’re planning on retiring over the course of the next year and a half. Some 757s and 767s, we’re going to accelerate that process so we’ll come out of this with a smaller fleet than we entered with and smaller than we expected to be flying in the second and third quarter (of 2020),” said Mr. Parker to CNBC yesterday.

Boeing has a longstanding relationship with American Airlines. It is something that was noted back at that news conference in 2014. Both businesses are mired in troubles right now, but the relationship is profoundly entrenched and symbiotic. Boeing must be deeply grateful for American’s willingness to proceed with the MAX order. The current boss at Boeing might be inclined to echo Jim Albaugh’s sentiments from five years ago.

“Thank you for the confidence you have in us.” 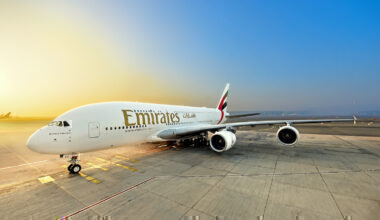 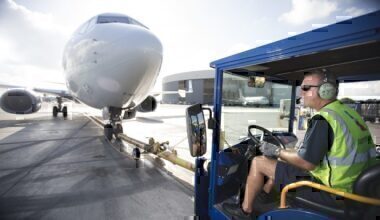 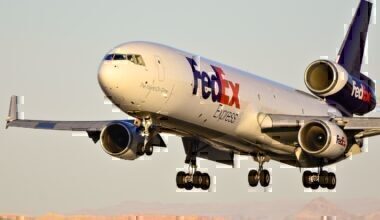