For many frequent flyers, a pre-flight lounge visit is a key part of their airport routine. American Airlines is known for its Admirals Club lounges, which are located at airports both within the US and further afield. The first of these opened at New York LaGuardia (LGA) more than eight decades ago, but is now set to relocate elsewhere in the airport.

The American Airlines Admirals Club lounge at New York’s LaGuardia Airport holds a special place in history. Indeed, according to Forbes, it wasn’t just the airline’s first lounge, but, in fact, the first such facility anywhere in the world. It opened just prior to the onset of the Second World War, in 1939, when the world of aviation was a very different place.

Entry to the Admirals Club used to take place on an invitation-only basis, from none other than American Airlines Chair C.R. Smith. After just under three decades, the carrier opened membership up to the public. It charged its ‘Admirals’ an annual fee of $25 a year or $250 for a lifetime membership back in 1967 (worth $208 and $2,080 respectively today).

Today marks the end of an era for American Airlines‘ original Admirals Club lounge. After 82 years, this will be its last day in its current form, ahead of a move to a new location. Situated in Terminal B at LaGuardia Airport, Forbes reports that American will relocate the facility from Concourse D to Concourse A. It is tentatively scheduled to open tomorrow.

The opening of the new facility will be a multi-phase affair. Beginning tomorrow, as established, a second stage is planned for Spring 2022. This will see American work towards developing the new Admirals Club lounge at LaGuardia into a 20,000-square-foot facility.

The planned capacity for the reopened and relocated lounge is reported to be 250 guests. A spokesperson for American Airlines confirmed to Simple Flying that “access to the new LGA Club will be via the escalator adjacent Gate 30 and 31 at Terminal B, Concourse A. Customers will take the escalator up to the new Club which looks down to the Concourse below.”

A key hub for American Airlines

New York LaGuardia Airport is an important base for American Airlines, which has Admirals Club lounges at airports all around the world. While it doesn’t cater to intercontinental traffic like the carrier’s hub at New York JFK Airport, LGA still sees scores of American Airlines flights every day. These include those operated under its ‘American Eagle’ regional brand.

Both American Airlines and American Eagle serve year-round and seasonal destinations from LaGuardia. The majority of these are domestic routes, stretching as far west as Denver. However, there are some international routes also present, serving Caribbean destinations. These include Aruba, Bermuda, and Nassau, the last of which it serves on a seasonal basis.

What do you make of this? Have you ever visited the Admirals Club at New York LaGuardia? Let us know your thoughts and experiences in the comments! 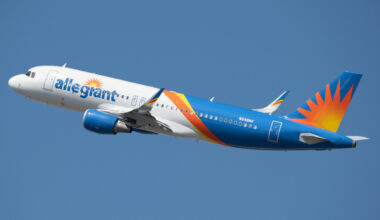 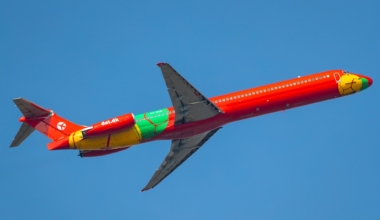 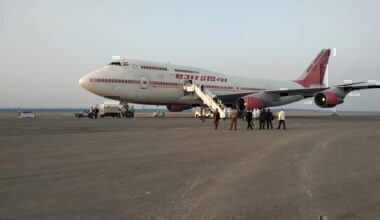