American Airlines has increased transatlantic checked baggage fees. The higher fees only apply to basic economy tickets on or after April 21st. This move does make some sense for the airline. Here’s why.

AwardWallet reported the increased fees. Initially, baggage fees cost $60 one-way. Now, that number is up to $75. This means that, on a roundtrip, baggage costs go up from $120 to $150. The price for a second bag remains at $100, while the third and fourth bags also stay at $200 each one-way for transatlantic travel. American claims that this move is designed to “better align” with transatlantic business partners like British Airways, Iberia, and Finnair. These airlines are also members of the oneworld alliance.

However, unlike other carriers in the US, American has kept checked baggage fees for domestic flights at $30 for the first bag. Transpacific flights still do not have a basic economy fare available for booking. On long-haul flights, Main Cabin fares come with a standard baggage allowance. See this link for American’s full baggage allowance and fees.

What this means for travelers

For passengers, this means shelling out more money for baggage on basic economy fares. Though unfortunate, there is a bigger scheme unfolding here. Transatlantic basic economy fares are much lower than they were at the same time last year. These low fares are available on many routes across Europe from cities around the United States.

With fares in the low $300s-$400s from major cities, American is not making the profits it once used to. Raising checked baggage fees is a way for the airline to recover some of that money without having to raise fares compared to customers. Most passengers likely will book tickets based on the fare and not on ancillary fees. Through this, American can still appear competitive and drive additional customers towards the airline.

Basic economy fares are the most restrictive in the industry. Passengers receive no free checked bags to any destination. However, personal items and carry-on bags are still allowed on the ticket. And, on American, passengers can pay a fee to choose their seats at the time of booking. Or else, those seats will be assigned at check-in. When it comes time for boarding, transatlantic basic economy passengers are assigned to Group 8 boarding at the end of the process.

The optics of this, however, are not very good. American is receiving government aid to survive in the current aviation climate. And then, the airline goes out and raises checked bag fees. However, the two are not exactly comparable. Most passengers who pay for baggage will end up doing so at check-in or else at the airport. Which means American would not get those funds until later in the year given the current stagnation in travel.

That being said, if this were a temporary move, it could perhaps be a bit more excusable. But, American will likely retain these checked baggage fees for the future when travel does rebound. At that time, coughing up these extra fees would hurt– especially if the carrier is reporting similar financials as it was in 2019.

What do you think about American’s new checked bag fees? Let us know in the comments! 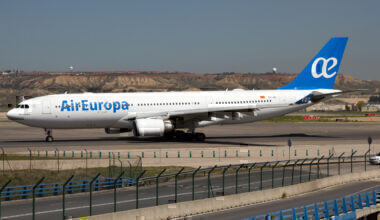 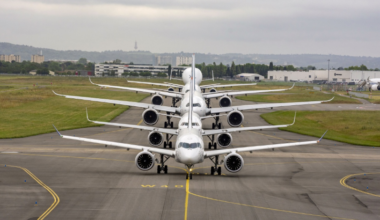 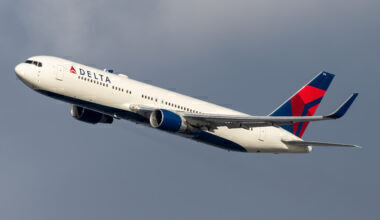