American Airlines Is Burning Through Cash

The current number of air passengers in the US is roughly about 7% of what it used to be a year ago. The financial pain felt by the airlines is more significant than ever, as cash reserves are melting across the industry. However, American Airlines stands out with its weak balance sheet and a rapid cash burn.

American is burning through around $70 million a day, with this number expected to fall to $50 million through the summer.

At the end of March, AA had around $6.8bn of available liquidity, including $3.6bn in cash and cash equivalents. On top of that, it obtained the right to access $10.6 billion in financial assistance through the CARES act, including both the payroll grants and loans. The airline also claimed to have around $10bn worth of unencumbered assets (some of which will be used to obtain the loans under the CARES act). It expects to have approximately $11bn of liquidity at the end of the second quarter.

On the contrary, American faces up to $19bn in liabilities within the next 365 days, including lease liabilities, debt repayments, ticket refunds, or wages to be paid to its employees. With negotiation and restructuring, it could maybe even decrease this number to around $11-13bn. Overall, the airline has $22bn of long-term debt.

With such a variety of numbers, it is worth focusing on the two most important ones. That is the $11 billion of liquidity at the end of June and the best-case daily cash burn of $50 million a day.

Comparison to other airlines

Without no doubt, American and its dedicated employees are doing their best to preserve liquidity. The airline reduced capacity and accelerated the retirement of some E190s, B757s, B767s, and A330s. It also suspended nonessential hiring, paused pay increases, reduced compensation, and deferred marketing expenditures. All these actions are expected to reduce the operating and capital expenses by more than $12bn this year.

Despite all these efforts, if American does not obtain additional liquidity and if the cash rate remains unchanged (which it probably won’t but let me get to it in a moment), it will burn through its cash in around 220 days. Delta and United both have enough cash reserves for approximately 290 days, while Southwest has enough for well over a year.

Crucially, the $50 million cash burn a day is expected to be achieved at a 70% reduced capacity. Already today, we can see the first signs of demand recovery from its absolute lows. As a result, other airlines are likely to start increasing their capacity. American will probably do the same. Even if demand triples or quadruples in the next months, it will only get to 30-40% of what it used to be.

The extent of oversupply currently present in the market will hurt load factors and lower ticker prices. Thus, increasing capacity could prove more costly than flying with reduced capacity. Many flights could be operated at a loss, increasing the cash burn rate. If it returns to the $70 million a day, then American’s cash reserves would be enough for a worrying 160 days.

Hopefully, travel safety and demand will return rapidly and help American preserve its cash. However, if the situation does not improve, American could face great challenges over the six months.

What are your thoughts on American’s financial situation? Let us know what you think in the comment section 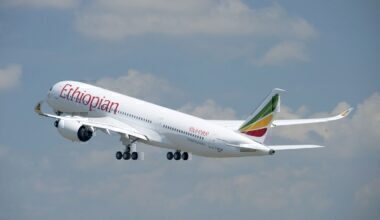 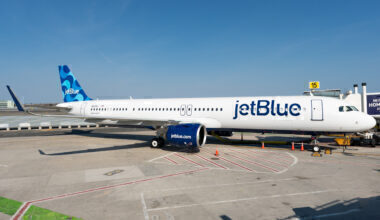