Last year, Simple Flying covered American Airlines’ plans to retire its MD-80 fleet by 2019. One year on, and the airline has gone ahead with its plan. However, there is still one MD-80 that it’s not sending to retirement quite yet.

The one Mad Dog that is not immediately heading for the Roswell graveyard is tail number N9677W. According to The Points Guy, this aircraft will remain in Dallas for the time being, to be used for de-icing training.

American’s love affair with the MD-80

There’s no need to guess at the importance of the MD-80 for American Airlines. The airline was one of the manufacturer’s biggest customers alongside Delta Air Lines and, over time, it acquired 384 of the aircraft, also known as the Super 80.

In fact, according to Air Fleets, American Airlines owned nearly every model of the MD-80 produced. It had eight MD-81s, 263 MD-82s and five MD-87s, which were the only aircraft to have the shortened fuselage of the range.

After that, it acquired 13 additional leases on the aircraft in July of the same year and in early 1984 was already factoring the MD-80s into its plans for a profitable future whereby it would become a low-cost, premium service carrier.

Fast-forward to December 1988 and the airline received its 150th Super 80. It ordered another 100 in February of the next year.

Then, in September 1992, American announced that it would receive its final set of MD-80s, at the time, marking the final delivery of “the largest single-type commercial aircraft order in history”.

The fate of the fleet

Flight number AAL80 departed from Dallas Fort-Worth on 4th September 2019 and arrived in Chicago two and a half hours later, marking the last ever flight on one of American’s MD-80s. The route was taken by an MD-83, of which American Airlines owned 108.

This aircraft will now be ferried to Rosewell in New Mexico where the majority of the fleet will end up.

The airline, however, has special plans for three of its former MD-80 aircraft. As well as the one it plans to keep for de-icing training, it will also donate another two.

Speaking to Simple Flying, a spokesperson for American Airlines said:

“Aircraft N501AA and N9621A will be donated to museums – these two aircraft are in Tulsa. N9677W is currently being used for de-icing training, and will eventually retire in Roswell, New Mexico.”

But, whilst the news of American Airlines retiring its MD-80 is emotional, its behavior is not unusual. Delta Air Lines also has plans to scrap its MD-80 by 2020. Moving forward, American Airlines hopes to enjoy a more modern fleet. The airline also said:

“The retirement of the MD-80 marks the end of an iconic era in American’s history. Looking to the future, American continues to modernize its fleet with newer fuel-efficient aircraft that offer customers more highly sought-after amenities like industry-leading high-speed Wi-Fi and more inflight entertainment and access to power.”

Have you been following the MD-80 retirement? Are you happy with American’s current fleet? Let us know your thoughts below! 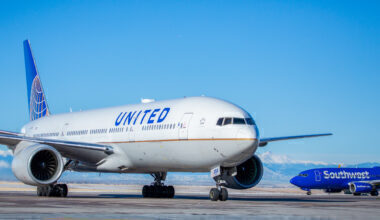 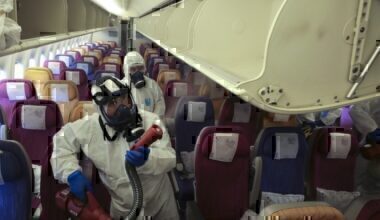 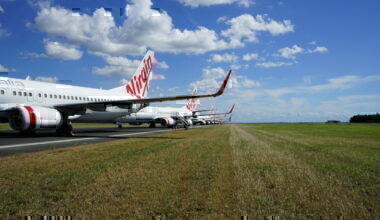