Earlier this week, a group of (presumably) very miffed passengers were made a little happier by a simple gesture. After they were diverted and then delayed, their pilot decided to throw an impromptu American Airlines pizza party. While we don’t have all the details about what happened, it’s a story, which warms my heart. Proof that there are still good people in the world!

Delays are a fact of life, but how the crew and airline stepped up to the plate when they occur, really matters. So news this week of an American Airlines pilot doing a complete dad thing – and ordering everyone a pizza – will bode well for the American giant.

The story behind the American Airlines pizza delay

American Airlines flight AA2354 was en-route from Los Angeles to Dallas on Thursday, September 6 when the weather changed. Severe thunderstorms in northern Texas meant the flight was diverted to Wichita Falls instead. It was scheduled to land at Dallas in 16:36 and ended up in Wichita Falls at 17:37. There were 159 passengers on board and presumably, they expected to be able to take off again and complete the trip. But things didn’t go as planned and they disembarked. Furthermore, they were forced to remain in Wichita Falls overnight.

Now before we go on, I’m sure anyone from Texas is going to see an issue right away. Why did 159 people stay overnight in an airport to wait for another flight to Dallas? Wichita Falls is about 150 miles away from Dallas – a two and a half hour drive. And Texas residents are use to driving. Couldn’t they get route replacement buses organized? Apparently not. But that’s another story.

Anyway, with everyone stuck at Witchita, the American pilot, Jeff Raines, decided to order forty pizzas for the passengers and crew. He went and called up Papa John’s who were more than happy to help him out. And although the passengers could have done the same themselves, it’s the thought that counts. And it’s the best way to turn a really sucky situation into a good news story. Thankfully, American Airlines recognized this, saying, “We are always proud of our crew members who take great care of our customers who fly on American Airlines. We are fortunate that our crew members are the best in the business.’

Captain Raines followed up the praise saying, “Thanks for the compliments, however this was a team effort. My First Officer was on the telephone with crew tracking/hotel desk arranging for our release and hotels for the entire crew. The Flight Attendants manned a galley cart from the aircraft serving waters, juice and sodas to all the passengers in the terminal. All while the Envoy SPS Personnel were arranging for a bus, re-booking flights, and answering a flurry of questions from these passengers…”

It’s great to see a US airline putting on a good show in the face of delays. We get so used to hearing stories of disappointment, so it’s great to hear something different for a change. I just hope they reimburse him for the check and tip. 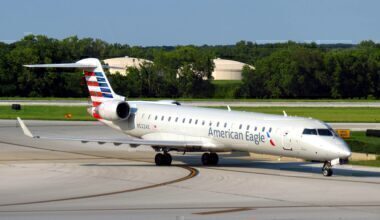 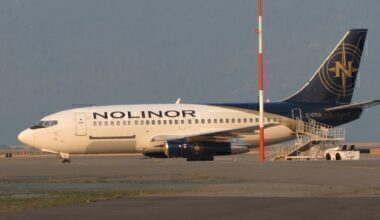 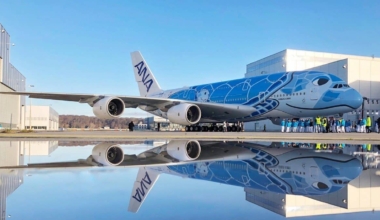