American Airlines’ ‘Charlotte 700 plus’ expansion project is nearly complete. From 18 December, the airline will commence operation of a number of new flights out of its North Carolina hub.

American Airlines has recently constructed a number of new gates at Charlotte Douglas International Airport which it hopes will significantly increase capacity at the important regional hub. The ‘Charlotte 700 plus’ expansion project aims to bring the airport’s peak daily capacity up to 700 flights.

As reported by The Points Guy, the Charlotte 700 plus project is the second of three American Airlines hub expansions. The first, which was completed last year, was known as the DFW 900 project. Similar to the project at Charlotte Douglas International Airport, DFW 900 aimed to increase Dallas/Forth Worth’s peak daily capacity from 809 to 905 flights.

Reports suggest that American Airlines is requesting a further extension of two additional gates at Dallas/Fort Worth in preparation for the summer 2020 peak. Alongside DFW 900 and Charlotte 700 plus, there will also be a third hub expansion project at Ronald Reagan Washington National Airport in 2021.

Why has American Airlines chosen to expand these hubs?

The three airports American Airlines has chosen to expand – Dallas/Fort Worth, Charlotte Douglas International Airport and Ronald Reagan Washington National Airport – are its three largest hubs in the US.

They are also by far the most profitable. Financial results for the second quarter of 2018 reveal just how much more profitable these big three are in comparison with American Airlines’ other airports. For DFW, CLT and DCA, American Airlines’ pre-tax margin was 13.1%, whilst the average for the rest of its hubs was 7.5%.

Discussing the decision with investors earlier this month, American Airlines’ CEO, Doug Parker, is reported by TPG as saying:

“The best hubs we have are Dallas/Fort Worth, Charlotte and Washington National in terms of profitability.”

What has the Charlotte 700 plus project covered?

The Charlotte 700 plus project is now almost complete and should start accepting additional flights in mid-December.

The project has seen four new gates added to the airport’s Concourse A. These new gates will be able to accept aircraft as large as the Boeing 737 and the Airbus A321, which will give Charlotte a considerable increase in cross-country capacity.

The airline also plans to increase the gauge of aircraft operating out of Charlotte over the course of the next year. It plans to move away from aircraft like the Airbus A320 to the larger Boeing 737.

Considering American Airlines is banking on the return of the Boeing 737 MAX later next year, the decision to move towards higher gauge aircraft at hubs like Charlotte may pay off.

American Airlines has not been able to respond to Simple Flying’s request for comment on the Charlotte expansion project. 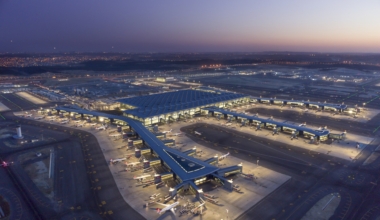 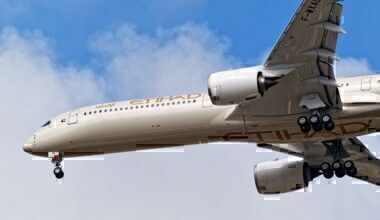