American Airlines has reported its first-quarter financial results for 2020 today. The airline recorded a net loss of $2.2 billion. This is one of the largest losses for a US airline this quarter thus far.

Amidst the coronavirus pandemic, American has reported severe operational disruptions leading to significant financial hits. This was reflected in the airline’s net loss for the first quarter of 2020. The $2.2 billion net loss is one of the worst financial results for a single quarter in years for American Airlines.

The airline recorded $8.5 billion in revenues. $7.7 billion came from passengers, another $147 million from cargo operations, and $687 million from other sources. However, the airline then faced over $11 billion in operating expenses.

The most significant expense for the airline was $3.1 billion in salaries. Another $1.4 billion were jet fuel costs and taxes, while $1.9 billion were costs for regional operation expenses. Aircraft maintenance cost the airline $629 million while aircraft leases total $334 million.

While these results are striking and paint a dismal picture for an airline that expected to soar higher than ever in 2020, not all is lost for the airline. At the end of the first quarter, the carrier had $6.8 billion in available liquidity. This will increase by the end of the second quarter when American expects it will have $11 billion in liquidity. This figure will be necessary for helping American tide over through this crisis.

This month, American Airlines also received $5.8 billion in assistance from the federal government to help cover employee salaries through the fall.

In total, in 2020, the airline estimates it will reduce operating and capital expenditures by about $12 billion. With reduced systemwide capacity, American will be able to save on fuel costs.

In addition, four aircraft types will be retired earlier than planned. This includes 20 Embraer E190s. 34 Boeing 757s, 17 Boeing 767s, and nine Airbus A330-300s. Some older regional aircraft will also see the end of their operating lifetime with American. The regional jets will be the smaller Embraer E140s and Bombardier CRJ200s. Ultimately, by retiring these older aircraft, the airline can streamline its fleet and reduce costs by becoming more efficient.

A hiring freeze is in effect, as are pay raises, and executives at the airline have agreed to compensation cuts amid this crisis. 39,000 employees have opted to take early retirement, reduced work schedule, or have taken some paid leave.

How does this compare?

Compared to its 2019 results, American’s operating revenue was down over 19% while expenses were up over 8%. Last year, during this same period, the airline recorded a $185 million profit. Passenger load factor fell by over 9% down to 73.9%. This number will likely be lower in the future as American has to maintain minimum service per US Department of Transportation guidelines to receive funding. Although, just how low will depend on when and how passengers start flying again. In fact, some of American’s flights have been going out quite full.

All in all, American is posting one of the worst results this far for a US airline in 2020. But, if the future goes as American thinks it will, the airline will still have enough cash to tide itself over for when the industry becomes profitable again. But, it is clear that 2020 could be one of the worst years for American in recent memory if things do not start to improve soon.

What do you make of American’s $2.2 billion loss? Let us know in the comments! 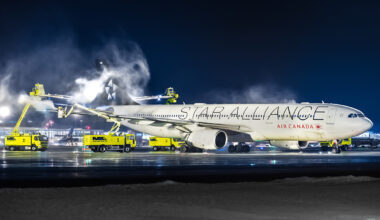 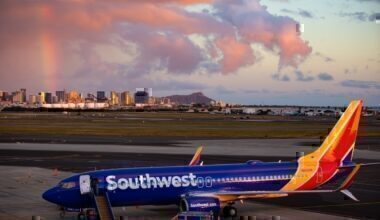 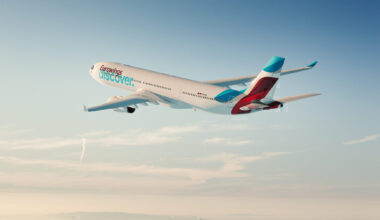