America’s LCCs Have Plenty Of Room To Expand Without Competition

Although a difficult 18 months has seen the wind knocked out of travel demand, airline startups are still forging new paths ahead. Pretty much all the startups have chosen to operate on a low-cost or ultra-low-cost model, spurring competition for the incumbent low-costs in these markets. Frontier Airlines CEO Barry Biffle is not worried about the new entrants and believes there is room for low-costs to triple in size in the US before any real impact is felt.

Frontier CEO not concerned about competition

Despite the challenges of the pandemic, the world has seen a significant new number of airline startups emerge. In Europe, PLAY, flypop, Norse Atlantic and more have risen to the challenge of plugging gaps in the low-cost marketplace. In the US, Breeze and Avelo have sprung up to do the same.

While Breeze isn’t calling itself a low-cost carrier as such, it is certainly competing with the LCCs in those markets. Offering nonstop connections between points that are usually reached on connecting flights will inevitably eat into other airline profits. Avelo has clearly positioned itself as a true ultra-low-cost carrier. With both airlines moving into rural territory that has traditionally been the stomping ground of major LCCs, should the incumbents be worried?

Speaking at the recent Routes Americas conference, Frontier CEO Barry Biffle stated that he is not concerned about competition. He noted that he doesn’t see Breeze as a threat, and although he has a lot of respect for Avelo, he doesn’t see it being much competition for his airline. He stated,

“I haven’t studied Breeze, but I’ve studied their aircraft and they’ll never compete with our cost structure. Avelo is different; I have a lot of respect for those folks. They’re probably more similar to us but I would think they would be the most similar to Allegiant so I’m not that concerned.”

‘We could triple in size’

Looking at schedule data from Cirium for this August, both new airline startups offer some competition for airlines like Frontier. Over on the West Coast, Avelo (in pink) doesn’t share many routes with Frontier, but it does cut out the need to connect to get from A to B.

For example, it serves Grand Junction (GJT) from Burbank (BUR) directly, a journey that is now accessible on Frontier flights, but only via a connection in Denver (DEN). Other airports are not served at all by Frontier, such as Ogden-Hinckley (OGD), but could inspire travelers to opt to fly from there rather than traveling to Frontier alternatives like Salt Lake City (SLC).

On the East Coast, it’s a similar story. The crisscrossing connections offered by Breeze (in blue) rarely compete directly with Frontier but have the potential to undermine their offering by cutting out connections or making a closer airport a viable alternative.

Regardless of the new startup entrants slowly sliding into his territory, Biffle believes the US marketplace can withstand a lot more low-cost carrier expansion before the airlines really start to feel the pressure. He noted,

“It’s a big market. Take us, Spirit, Allegiant; all the LCCs combined are only 10%. If you look in Europe, they’re over half. We could still triple in size without challenges for the ULCC space.” 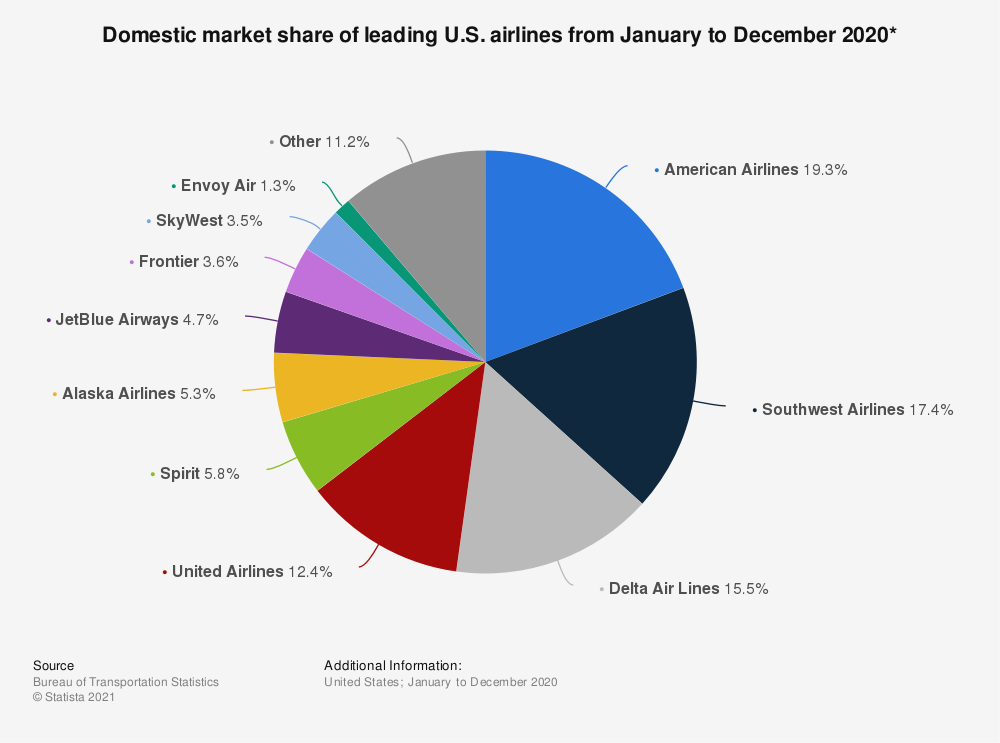 According to Statista, Frontier’s domestic share in 2020 was just 3.6%. Other notable low-cost airlines were Spirit with 5.8% and Southwest with 17.4%, although some would argue Southwest is no longer a true low-cost carrier. In Europe, despite a difficult year, LCCs had a 44.5% share of total seat capacity, with Ryanair still the busiest airline group in the region.

In the United States, at least, it seems there is capacity even now to support more low-cost startups, or for those already there to grow significantly. 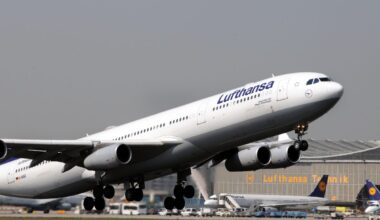 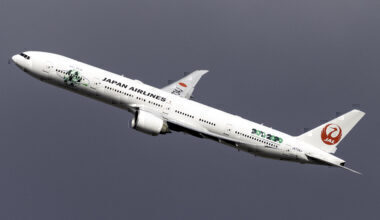 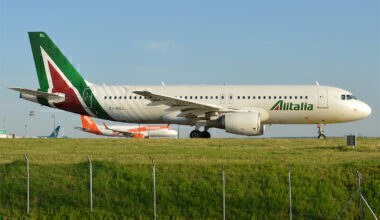