Earlier this month, an eight-year-old boy from Oregon was flying home unaccompanied from a week-long summer camp in Virginia. The journey included a layover at American’s hub in Charlotte, North Carolina. According to numerous sources, the boy – Hudson – was left stranded overnight at the Charlotte airport overnight. Furthermore, he and the eight other unaccompanied minors had no access to food or electricity (to charge their phones). In fact, some had to sleep on the floor as there weren’t enough beds.

Hudson had just attended a special camp in Virginia, specifically for children with neurofibromatosis (a genetic disorder causing tumors to grow on nerve tissue). He was on his way home to Oregon, but the journey was fraught with complications.

Firstly, the boy’s initial flight to Charlotte arrived late. Because of this, Hudson was rushed to his connecting flight without food. However, the onward flight faced numerous delays that were not communicated to the parents, according to The Washington Post.

The first incident involved a fuel spill on the tarmac. Presumably due to the fuel spill, the airline had to find replacements for the pilot and co-pilot as they had reached their limit for working hours.

No communication with parents

Ms. Hoyt claims that during this entire ordeal, parents and guardians were left in the dark and the situation was not communicated to them. When Ms. Hoyt asked for a direct phone number to an American Airlines representative – someone who could keep her updated on the children’s situation – she says she was denied. Updates only came when a 12-year-old in the group called her and passed the phone over to a flight attendant.

“If a flight changes or is cancelled, or if schedule irregularities occur at any city and it’s likely that the minor won’t make a connecting flight, we’ll call the contacts on the unaccompanied minor form and arrange an alternate flight if necessary.”

An overnight stay with a shortage of beds and food

Due to the delays, Hudson and the other children would depart the next morning, meaning they had to spend the night at Charlotte Airport. Staying in a room designated for unaccompanied-minors, some children had to sleep on the floor due to an insufficient number of beds and furniture, according to Hudson’s mother Kristie Hoyt.

Furthermore, children had no access to electricity to charge their phones and contact their parents, nor were they given a full meal overnight. In fact, vending machines inside the room were out of service. According to Portland news outlet KATU, Kelley Phillips, one of the children on the plane, mentions that the group had limited access to toilet facilities.

According to The Independent, several of the children in the group required medication with a full meal to prevent seizures and migraines. Philips goes on to describe how the group was not given any meals, only snacks:

“The only thing we had were crackers and soda, which isn’t good because we need real food to be able to take our medication”.

According to Hoyt, her son had money to purchase his own meals but wasn’t allowed to do so. Portions of the ordeal were made public on Hoyt’s facebook page:

When morning came, Hoyt says that at 6 am the children were rushed onto a plane. In an interview with The Washington Post, Hudson said:

“I felt scared. When the plane stopped moving, I was afraid I was never going to see my mum again.”

Hudson suffers from anxiety and abandonment issues, likely stemming from his adoption.

The entire ordeal was nearly over when the children arrived in Portland. However, when Hoyt arrived to take her son home, she was asked to sign for a child who was not hers. A disappointing end to a long and drawn-out ordeal.

American Airlines issued a public statement of apology. The carrier explains that the overnight delay was to a mechanical problem. However, it insists that children were kept “safe and comfortable” in the care of airline personnel:

“Our team is in the process of reaching out to the families involved and sincerely apologises for this travel experience. We will be reviewing with our teams internally to understand how we can do better next time,” 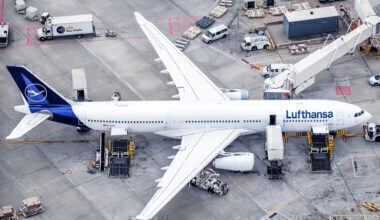 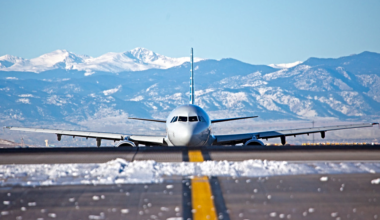 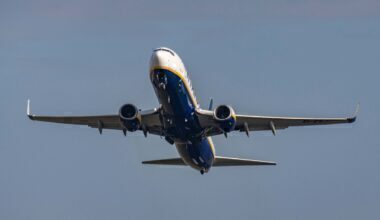 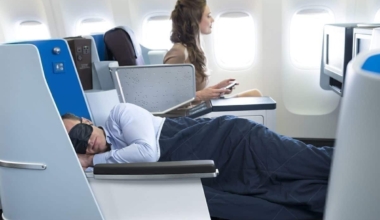