On Sunday, it was revealed that, after a breakthrough at Oxford University, we could be close to seeing commercial airliners powered by ammonia instead of kerosene. The British technology would result in zero-emission aircraft, and airlines would be able to adapt their existing fleets rather than having to buy redesigned planes.

Eco-friendly aircraft on the horizon

The Telegraph reported on Sunday that greener aircraft engine technology being developed in Oxford could mean emission-free air travel within a matter of years. Reaction Engines is working on systems to adapt existing planes to run with zero emissions using ammonia as fuel instead of kerosene.

Ammonia is harder to burn, making it safer than kerosene, and when it does burn, it doesn’t produce CO2. The chemical has benefits over hydrogen and battery power options – it is cheaper and can be stored in the wings, as conventional fuel is at the moment. Without having to create different fuel storage solutions, existing aircraft fleets could be adapted instead of redesigning jets. This also means that fares wouldn’t need to rise significantly.

“There’s no reason why, without the right funding, we couldn’t have a small-scale demonstrator ready to test within a matter of years.”

To power the engines, ammonia would need to be split into hydrogen and nitrogen using a heat exchanger and a catalyst. The chemical mix would then be ignited in the combustion chamber to create power. The only emissions would be harmless water vapor, nitrogen, and possibly nitrogen oxides, which can be removed using more ammonia. Mr Barth says,

“The fuel could actually scrub its own emissions.”

Ammonia is currently a similar price to kerosene, although producing completely green ammonia would be more expensive. However, the higher production costs could be offset by low carbon taxes. One of the few disadvantages of ammonia over conventional fuel is its lower energy density, which would mean aircraft would have a slightly shorter range.

With the world’s airlines grounded by the coronavirus pandemic, we have seen cleaner and clearer skies, bringing the realization that air travel needs to be more eco-friendly. As many governments have been forced to bail out their national carriers to keep them afloat in the wake of the crisis, they have linked the loans to emissions targets.

The UK government pledged last year to have net zero emissions by 2050. Several trials of battery-powered aircraft have been conducted, and companies like Airbus, Rolls-Royce and Siemens are looking into the new technology.

“The pandemic could help in the push towards green travel. We’ve been living under clean skies for the past few months.” He added, “It is becoming clear that there is going to be a real technology drive.”

It could be possible that the cloud of COVID-19 will bring the silver lining of much cleaner air travel.

What do you think of the push for greener flying? Let us know in the comments. 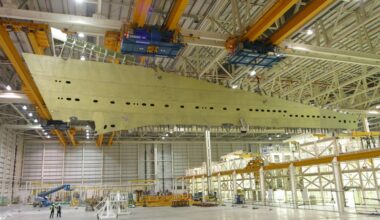 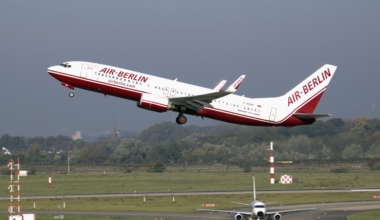