Antonov Drafted In To Fly 40 Tons Of Mining Equipment

Antonov Airlines continues to provide essential services to the mining community, with another successful delivery of oversized cargo. The An-124 was used to fly four pieces of mining equipment from France to Argentina, weighing 40 tonnes all in. This brings Antonov’s total of mining equipment shifted to over 620 tonnes so far this year.

Antonov Airlines has been ramping up its flights for mining operations, putting its super heavy lifter An-124s to good work. Already, it has delivered equipment weighing around 370 tonnes from Australia to Latin America back in March, as well as two flights between Turkey and Burkina Faso in April.

This most recent operation was conducted on behalf of Dynami Aviation, a specialist charter company based in France. The large shipment, which included a large grinding mill head, was split into four parts in order to be accommodated on the An-124.

“Airfreight was the only way to safely transport this mining equipment and remain within the customer’s timeframe to limit any impacts on mining operations.”

The airline put one of its An-124-100s to work shifting the heavy load. This aircraft, registered UR-82029, is a 30-year-old heavy lifter, one of seven in the Antonov Airlines fleet. With a payload of up to 150 tonnes and 700 cubic meters of cargo space, this mission was right up its street.

The mission to move the heavy equipment began in Paris, at the small airport of Paris-Vatry. Here, the four sections of cargo were loaded onto the aircraft using its onboard cranes. Olha Danylova, Commercial Executive at Antonov Airlines, explained,

“The four pieces of cargo were loaded and unloaded using the AN-124-100’s onboard cranes and will be used in the creation of new tunnels at a mine near to Comodoro Rivadavia. We thank our esteemed partner Dynami Aviation for its professionalism and dedicated team which always contribute to a successful transportation.”

Data from FlightRadar24.com shows the aircraft departing Vatry (XCR) at around 23:35 local time. It flew for just over six hours, before touching down for a rest stop and refueling in Sal, Cabo Verde.

Having overnighted at Amílcar Cabral International Airport, the Antonov took off again the next day at around 17:00. Following another long flight, this time of six hours and 45 minutes, it landed for a technical stop in Campinas, Brazil.

After a few hours on the ground, the An-124 took its final hop down to Comodoro Rivadavia, the final destination for the equipment. Here, the Antonov’s onboard cranes again came into good use for unloading the heavy cargo.

The Antonov took the same route on the way back, stopping in Campinas and Sal on the way. However, from Cabo Verde, it took a direct flight of around seven and a half hours back to its home in Kiev. 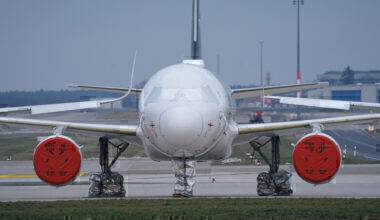 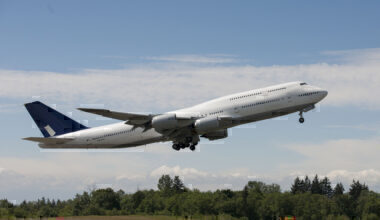