What a big year it was for Asian aviation. We saw the rise of several new carriers (Bamboo, Starlux to name a few), other updating their fleet (AirAsia X) and some poor airlines get snuffed out (Far Eastern and almost Hong Kong Airlines). Let’s have a look at how Asian Aviation changed in 2019.

The rise of new carriers

Surprisingly, 2019 was very good for the launch of new carriers in the region. And not just new low-cost carriers.

Bamboo Airways stole the crown by launching in the early part of the year. Since then, it has gained significant market share to the tune of 10% of the entire country of Vietnam and plans to expand to 30% by 2020.

Part of this future success is its new international long-haul fleet of Boeing 787 Dreamliners. It is looking at flying its aircraft to both Melbourne, Australia and Prague, Czech Republic next year.

Also on this list of new carriers is Starlux. Dubbed the new ‘Emirates of Asia’, this Taiwanese carrier is aiming for high-end clientele against the two current flag carriers China Airlines and EVA Air.

So far, the carrier is set to start services with three Airbus A321neos to Macau, Vietnam, and Malaysia. In a few years, it plans to have a fleet of Airbus A350s flying as far as Europe and the Americas.

Lastly, Japan Airlines new ZIPAIR got closer to launching, with the new livery and interiors of its Boeing 787 fleet recently revealed.

We said goodbye to some airlines

2019 in Asia was also a time of tearful farewell to some airlines like Far East Transport.

The Taiwanese carrier was forced to stop trading after it ran out of funds late this year. The carrier, in its closing days, was a far cry from what it once was. In its heyday it actually owned and operated a subsidiary airline in Cambodia just to get around the Chinese blockade.

But one airline that is close to but not out for the count is Hong Kong Airlines; at least not yet.

Hong Kong politics had a huge impact on Asian travel

Although Hong Kong Airlines and Cathay Pacific both have the same hub airport, their similarity in terms of the Hong Kong unrest ends there. Hong Kong is currently undergoing a surge in democracy and the riots have painted a bleak picture of the island city for tourists and Chinese travelers alike.

The airport saw huge travel shortfalls and in some cases, entire days of flights canceled thanks to an almost non-violent sit-in.

Hong Kong Airlines has suffered greatly, with several of their aircraft being repossessed and warnings from the government that their aviation license may soon be utterly revoked.

Cathay Pacific managed to fare a bit better, with their expansive route network for through travelers saving some of their cash flow. They even managed to order the Boeing 777X.

Japan opens up for Airlines

We finish up this brief summary with the news of new routes to Tokyo for the upcoming Olympic games. Thanks to the permission to open up flights over central Tokyo, up to 50 new slots have appeared on the market.

But such a small availability of new airport slots at Haneda caused several rivalries to spark up, such as Qantas vs Virgin Australia, and a showdown between American Airlines, Hawaiian, United, and Delta. 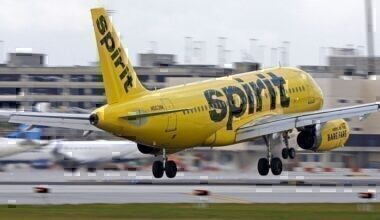