It’s been an unsettling start to the aviation year, with several high profile airlines suspending operations. Now, It looks as though Asiana Airlines could be the next airline facing trouble. Why? The airline plans to receive 1.6 trillion won (£1.1bn, $1.4bn) worth of financial support.

Both WOW Air and Jet Airways were required to seek funding from creditors prior to their demise. WOW Air suspended operations at the end of March. The airline had failed to find a buyer before running out of money. Jet Airways’ demise was slightly more drawn out, however. The airline finally suspended flights last week after half a year of turmoil.

Who is Asiana Airlines?

Asiana Airlines is a South Korean carrier, founded in 1988. The airline is a member of the Star Alliance and is headquartered in Seoul. The airline has three subsidies. These are:

While the airline was launched using the Boeing 737 on domestic routes, it has grown rapidly. In fact, it now operates international flights to four times the number of domestic destinations. Additionally, more than half of Asiana’s fleet consists of wide-bodied aircraft. The airline is due to receive 47 more aircraft, including a number of A350s.

Why are airlines struggling?

One of the reasons that so many airlines are struggling is down to a higher cost of jet fuel. Despite taking a dive in December, the cost has risen again. As such, it is roughly equal to the price it was at this time last year.

Many of the airlines that have suspended operations also had fairly sizeable order books. For example, Jet Airways was awaiting a large Boeing 737 order, while Primera Air blamed its collapse on delayed delivery of the A321neo. Asiana Airlines, however, likely isn’t suffering the effects of Brexit which killed off the British Regional carrier FlyBMI.

Where does Asiana Airlines stand?

While Jet Airways was struggling to find any investment, it doesn’t look as though Asiana Airlines’ troubles are quite as bad. Indeed, Reuters reports that creditors do indeed plan to provide the cash required.

The sum is reportedly required due to the airline having liquidity problems. Essentially, liquid assets are the cash which is readily available, which is needed by airlines to purchase fuel and pay airport bills. Additionally, it looks as though large stakes of the airline could be sold to creditors.

Have you flown Asiana Airlines? What do you make of this news? Let us know in the comments! 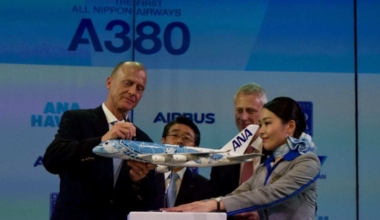