Austrian A320 Returns To Heathrow Reporting No Nose Steering

An Austrian Airlines Airbus A320 flying from London Heathrow to Vienna on August 3rd experienced some issues with its nose gear while departing. With the nose gear doors failing to close and reports of lost nose wheel steering, the crew made the decision to return to Heathrow after burning off fuel.

On Tuesday, August 3rd, an Airbus A320-200 operated by Austrian Airlines was departing London Heathrow (LHR) for Vienna (VIE). According to The Aviation Herald, the aircraft registered OE-LBX had taken off and was ascending towards FL070 when the crew stopped the climb at this altitude, advising air traffic control that nose gear doors had remained open. Additionally, the crew advised that they had lost nose wheel steering.

With the aircraft’s problems in mind, the crew warned ATC that they expected to be able to vacate the runway very slowly. However, they could not completely rule out becoming stuck while vacating the runway. Thus, they requested that no other aircraft line up behind them for approach.

Entering into a holding pattern and circling a few times, the aircraft took just over a half-hour to burn off enough fuel before performing a safe landing on runway 09L, about 65 minutes after departure.

The eventual return to Vienna

The Aviation Herald then reports that the aircraft remained on the ground in London for three and a half hours. OE-LBX then departed again, maintaining a maximum FL190 and low speed (about 300 knots over ground).

This speed and altitude were lower than a typical flight on the same route. Indeed, under normal circumstances, an aircraft would fly at FL370 at a speed of about 500 knots over ground.

Some have speculated that the aircraft was flying at its lower speed and altitude because its nose gear remained extended throughout the flight. However, we have no clear confirmation that this took place. Simple Flying reached out to Austrian Airlines for a comment or statement on the incident. The airline responded to our inquiry saying:

“Yesterday, OS452 from LHR to VIE landed back in LHR as there were technical issues with the nose landing gear door. The aircraft then returned to VIE with crew only and on low altitude. All passengers have been rebooked.”

How are aircraft steered on the ground?

With the A320 having lost nose wheel steering, we can assume there were issues with the aircraft’s ’tiller.’

While the aircraft’s rudder, slats, and flaps will alter an aircraft’s direction in the air, these won’t be very effective when moving at a speed of 20 miles per hour. With wheels on the ground and moving at low speed, an aircraft is steered with what is known as a “tiller.”

This device is found in the cockpit and is equivalent to the steering wheel of a car but is designed to be operated with one hand. The tiller is almost always located on the outside edges/sides of the cockpit- just to the left of the left side-stick or yoke. Some aircraft have more than one tiller- with the second located on the right side, accessible to the aircraft’s first officer.

As for OE-LBX, this nearly 20-year-old jet appears to have remained on the ground since its safe landing in Vienna yesterday. The aircraft has flown every day for the past week, which might indicate it’s undergoing repairs. Of course, the jet had also spent all of July 20th and 27th on the ground, so perhaps we will also see it back in the skies sooner than later.

What do you make of this incident? Why do you think the aircraft resumed its flight back to Vienna at a lower speed and altitude? Let us know your thoughts by leaving a comment. 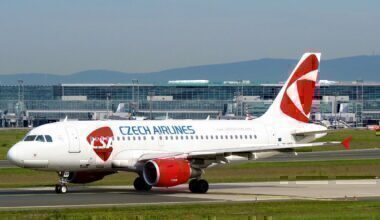 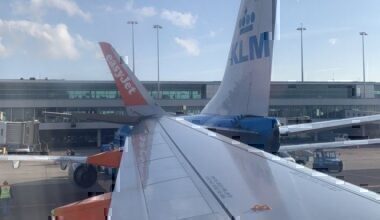 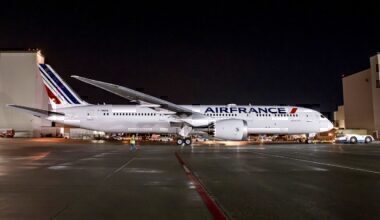