An Azul Linhas Aereas Airbus A320neo performing a domestic flight on November 15th, 2020, in Brazil had to divert after suffering a hail strike that affected certain instruments onboard the aircraft. The aircraft safely landed at Rio de Janeiro’s Galeão Airport, though the aircraft faced some visible damage.

On November 15th, an Airbus A320neo for Azul performing flight AD 4194 from Curitiba to Rio de Janeiro’s Santos Dumont Airport ran into a hail storm on approach, according to a report in the Aviation Herald.

While descending and approximately 20 nautical miles (~37 kilometers) out from the airport at 4,500 ft (~1,372 m), the crew decided to abort the approach due to a nail strike. After climbing, the aircraft diverted to another airport in Rio, Galeão Airport, and landed there safely.

Brazil’s CENIPA, the agency that investigates aircraft incidents, reported that the aircraft was climbing out of Curtibia when the jet flew through heavy rain, turbulence, and probably hail. While the crew continued the flight, they noted a lag in the first officer’s speed indications, leading to the diversion during the descent. On the ground, it was clear that the aircraft suffered damage to the radome.

The plane involved in the incident

The aircraft operating this flight is registered as PR-YRQ. According to data from Flightradar24, the aircraft is a baby and only two years old. The plane spent two days on the ground. On November 17th, the plane positioned to Viracopos – Campinas International Airport (VCP) and was scheduled to reenter commercial services on the night of November 18th.

Azul’s Airbus A320neos seat 174 passengers, according to SeatGuru. The jet is in a single-class configuration with economy class and extra-legroom economy seats. Onboard this flight, there were 135 passengers onboard and six crewmembers.

Azul is one of Brazil’s largest airlines, and it has an extensive route map throughout the country. Out of Rio’s Santos Dumont Airport (SDU), Azul has a handful of routes that gives it a sizable presence out of the airport, including to Curitiba (CWB). The flight is traditionally pretty short, coming in at about over an hour. Traditionally, Azul competes with LATAM and Gol, though it has a codeshare agreement with the former.

Were you onboard this Azul flight? What happened? Let us know in the comments! 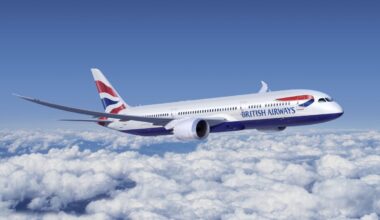 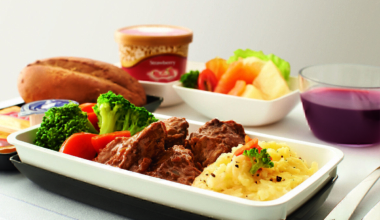