Great Dane Airlines will be leasing out Embraer E195s out to Bamboo Airways. This move comes as Bamboo Airways seeks to shore up its position in Vietnam as a leading air carrier amid a resurgent domestic market and intense competition.

The E195s are coming to Bamboo Airways

Bamboo Airways announced on its Facebook page that it would be flying Embraer 195s in Vietnam. The planes would operate routes between Can Tho and Con Dao (VCA-VCS), Da Nang to Con Dao (DAD-VCS), and Hanoi to Con Dao (HAN-VCS).

These planes are expected to start flying from August 18th. The aircraft will offer a business class experience on flights to and from Con Dao. Bamboo Airways states that this is the first time the Embraer 195 will fly in Vietnam. Tickets have not gone on sale yet, however. Bamboo Airways expects to put them up in the coming days.

Where are these planes coming from?

According to check-in.dk, the Embraer 195LRs will head to Bamboo Airways from Great Dane Airlines. The airline appears to be leasing the planes for at least six months, and the Danish carrier will also send 45 employees to the bustling Southeast Asian country.

To E195s are expected to head to Bamboo Airways relatively soon. Although, they will likely arrive a couple of weeks, if not more, before the start of these new routes so the airline can prepare to fly them and reduce operational kinks that may arise from introducing a new aircraft type.

Great Dane Airlines is a new Danish carrier that focuses on leisure destinations out of Denmark. The airline was launched last year using E195s. It took its first flights in mid-June 2019 off to Rhodos.

Currently, Great Dane Airlines has minimal operations amid reduced demand from the ongoing health crisis. However, the airline has forged ahead with flights to Malaga– a popular Spanish leisure destination.

Bamboo Airways is in a thriving domestic market

Vietnam was one of the most successful countries in the world when it came to battling the ongoing health crisis and resuming operations. The country has reopened domestic travel, and airlines are taking full advantage of it. Not only did Vietnam Airlines fully restore its domestic flights last month, but it has even grown its domestic operations.

Not to be left out, Bamboo Airways also appears to be getting in on the action. With limited potential for international flights, currently, the airline can still focus on growing its domestic network. These new routes, served with E195s, will fly to the small Con Dao Airport and compete with Vietnam Airlines regional flights using ATR aircraft.

Currently, Bamboo Airways operates both Airbus A320ceo and A320neo aircraft and Boeing 787-9s. The 787-9s have been quite busy conducting some impressive long-haul international routes as part of a big repatriation program to Italy and London.

It remains to be seen if Bamboo Airways will try to service Con Dao airport with any other aircraft once the E195s are returned. However, it is possible that, for now, the carrier is seeking a short-term solution by wet-leasing aircraft other airlines do not need, which buys time to find a long-term solution. The runway at the airport is a little short and would require some weight restrictions on outbound Airbus aircraft.

Are you excited to see Bamboo Airways take on wet-leased E195s? Let us know in the comments! 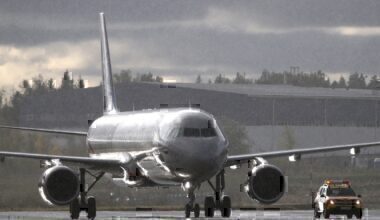 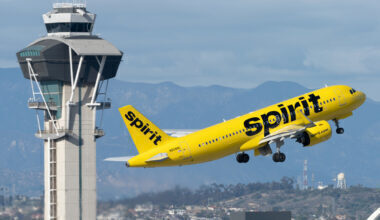 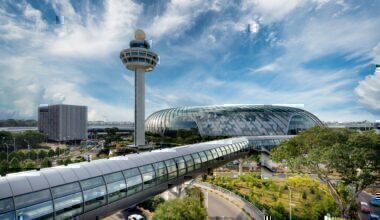