Bangalore Airport is quickly emerging as a major hub for flights to the US. 2021 will see United, American, and Air India all start routes from Bangalore to the west coast of the US. The new routes will see the airports go from being underserved to becoming a battleground for airlines. Let’s find out more about Bangalore’s impressive 2021 plans.

Commonly known as India’s silicon valley, Bangalore is the country’s bustling IT hub. The city is home to companies like Infosys and Walmart-owned e-commerce giant Flipkart, and hosts research centers for IBM, Oracle, Microsoft, and more. The presence of the growing tech industry makes Bangalore an important market for international travel.

Bangalore is also one of the highest yield markets for airlines in all of South Asia, beating out even Delhi and Mumbai for flights to London (currently the longest route from the city), according to an analysis by Anna.aero. American Airlines also expects high demand for business class seats once its route starts.

It is also notable that all three carriers have started flights from Bangalore to the US’s west coast. This means there will still be no direct flights to New York or Chicago for now. The reason for this is the strong cultural and business links between the regions.

As a technology hub, it only makes sense to connect Bangalore to San Francisco and Seattle, both being the biggest technology hubs globally. American Airlines Senior VP Vasu Raju, in a statement to Yahoo Finance, noted that Bangalore was in high demand from the airline’s lucrative corporate contracts.

San Francisco and Seattle are also home to substantial Indian American populations, adding to VFR and tourism traffic. All of these reasons have contributed to Bangalore’s rise as a hub for US-bound traffic. So who is starting flights and to where?

United has the most robust network in India among any US carrier. The airline recently inaugurated its fourth route, flying from Delhi to Chicago. United announced the new Bangalore-San Francisco service in early September. The route is one of many the airline plans to operate next year to recover revenues after a tough 2020.

The service will begin in Spring 2021, with exact dates and flight timings yet to be announced. Bangalore to San Francisco will also be United’s longest flight to date, flying over 8,700 miles. The flight will take over 17 hours and will be flown by the Boeing 787-9 Dreamliner.

According to One Mile At A Time, United is modifying its 787-9s for these ultra-long-haul routes. The modifications will increase engine thrust and improve the fuel management system for these long flights. The plane will come with real United Polaris seats too, ensuring a comfortable journey for those in the front.

American’s announcement of a Bangalore-Seattle route took many by surprise. The airline announced the route back in February, with plans to kick off in winter 2020. However, this year’s event has pushed the date back one full year, with the first flight now planned for next winter.

This route will also be operated by the Boeing 787-9, which is quickly becoming a long-haul workhorse for US airlines. The route will be American’s second-longest, falling just a few miles short of the Dallas-Hong Kong flight. Exact flight timings and dates are currently unknown, although American’s previous start date was October 2020.

The decision to start a route to Seattle ties in well with American’s partnership with Alaska Airlines. This will allow for connecting traffic from Seattle to the rest of the west coast, with enhanced timings likely to guarantee the same.

Not to be left behind by the entry of US carrier, market-leader Air India is adding new routes too. Last month, Air India announced a new route from Bangalore to San Francisco, directly challenging United. The carrier also announced another route from Hyderabad to Chicago, another underserved market.

Air India will start flying the new BLR-SFO service from January 2021, beating both United and American. The outbound flight will depart at 14:30 PM and land at 17:00 PM local times on Monday and Thursday. The return leg will leave at 20:30 PM and arrive at 02:30 AM (+2 days) local time on Tuesday and Saturday.

Bangalore to San Francisco will be Air India’s longest route and the airline will fly its 777-200LR on the service. Unlike United and American, Air India only operates the 787-8, which cannot reach ultra-long-haul destinations. The onboard product of the 777-200LR still features an angled-flat seat in business class, leaving it far behind the competition.

Bangalore has been India’s fastest-growing international airport for a few years now. Barring 2019-20, the airport has seen over 20% growth in the last three years. The airport recently expanded and added a second runway, something which will be important for further growth. The addition of US flights will also boost airport revenues in a critical time for the industry.

From personal experience, Bangalore Airport is also the easiest for flight connections, both domestic and international. The single terminal layout also keeps things simple and functional, with plenty of food and lounge choices.

2021 is shaping up to be an impressive year for Bangalore, especially after a difficult 2020. With more airlines look to up their services, Bangalore might be the next big hub in India.

What do you think of Bangalore airport’s future? Will airlines find success on routes to the US? Let us know in the comments below! 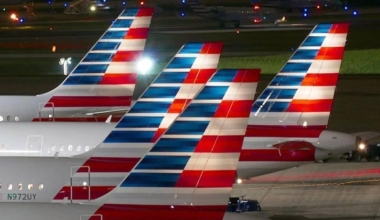 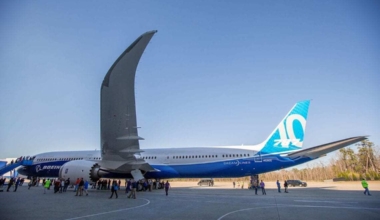 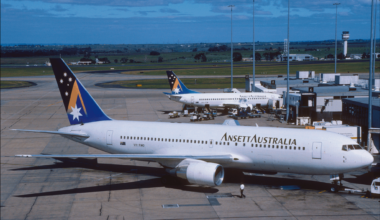