Behind The Scenes: Emirates Flight Attendant Ontop Of The Burj Khalifa

No, it was not a reshoot of Mission: Impossible – Ghost Protocol. Nor was it Tom Cruise who recently stood on the top of the Burj Khalifa – although hats off to the man for always performing his own stunts. Rather, it was an honorary Emirates crew member along with a production team who scaled the tallest building in the world for an impactful new ad campaign. Now, the airline has released behind-the-scenes footage of the daring publicity event.

Over one hour of climbing before dawn

The video was released on Monday in response to those who might have questioned whether or not the ad had been shot on a green screen. The airline says it took meticulous planning and safety arrangements to prepare for the bold stunt. Special adjustments also had to be made to the Emirates cabin crew uniform to accommodate the hooks to the all-essential harness.

There was no helicopter used, as some have suggested, to propel the protagonist to the top. Rather, after taking the elevator up to the 160th level, the team then climbed for one hour and 15 minutes to reach the very top of the building. The top floor of Burj Khalifa, number 163, sits 242.6 meters lower than the actual pinnacle of the building.

The climb began while it was still dark outside in order to catch the ‘golden hour’ of the morning. Once up there, the protagonist had a specially constructed platform with a circumference space of 1.2 meters to stand on while holding up a set of message boards. The scene is reminiscent of the 2003 movie ‘Love Actually’, taking place mostly in London, in honor of the UK moving the UAE off its ‘red’ list of destinations.

The team was at the top for close to five hours. Filming was done with a single drone and the entire sequence was shot in one continuous take. The whole ad was conceptualized and directed by the airline’s in-house team, with the help of Dubai-based Prime Productions AMG.

A very select few have thus far been allowed at the top of Burj Khalifa. Among them are the aforementioned Tom Cruise and the Crown Prince of Dubai, H.H Sheikh Hamdan bin Mohammed bin Rashid Al Maktoum. Sir Tim Clark, President of Emirates, commented on the event in a statement issued earlier today,

“The calm and confidence of the cabin crew you see in the ad is an embodiment of our frontline team, serving travellers and ensuring their safety. We’re proud to be among a privileged few who have been allowed to film at the top of the Burj Khalifa by Emaar and even prouder that we get to showcase our beautiful city, Dubai.”

The footage kicks off with the Emirates flight attendant for a day, American stuntwoman – and travel agency owner – Nicole Smith-Ludvik, saying hi to her mom, telling her she is ‘on top of the world’. Most mothers might have a minor heart attack seeing their child on a tiny platform at the top of the world’s tallest building.

However, Smith-Ludvik is no stranger to heights. Usually, though, she enjoys them with a parachute attached to her back as a skydiving instructor, rather than scaling up towers. While a casting call went out to actual Emirates cabin crew, it was deemed safer to go with someone used to jumping out of fully functioning planes.

What do you think of Emirates’ new ad? Would you climb the Burj Khalifa if you were allowed? Leave a comment and let us know. 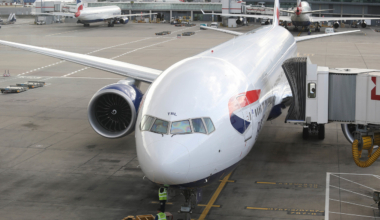 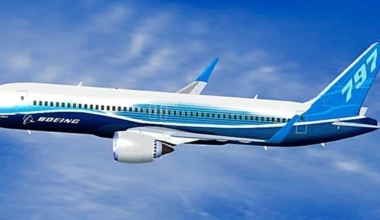