Since the events involving FR4978 on May 23rd, the nation Belarus has found itself increasingly cut off from Europe. The airline most significantly impacted by the actions of EU states is Belarusian flag carrier Belavia, which seems to have fewer places to fly its new aircraft as the days go by.

What destinations have been suspended so far?

On its website, Belavia has been issuing a flurry of press releases announcing flight cancelations and service suspensions. Here are the destinations that it has announced most recently, with cancelations effective between May 29th and June 30th:

One of the largest single announcements regarding cancelations saw the airline suspend flights to the following destinations from May 27th to October 30th.

Prior to the May 27th announcement, Belavia had also issued multiple notices regarding cancelations to destinations in Finland, the Czech Republic, Latvia, Sweden, Ukraine, UK, France, and Lithuania.

Depending on larger diplomatic and political forces, it’s quite possible the end date of these will change.

Additionally, news on May 28th included a relatively rare ‘non-cancelation’ announcement, with flights to Istanbul operating with an amended route. The airline states that “scheduled flights to Istanbul will follow a modified timetable due to the need to overfly the airspace of a number of countries.”

Indeed, when examining the flight path of Belavia’s B2783 from Minsk to Istanbul, you can see that the airline must circumvent Ukrainian airspace, entering Russia instead. This appears to have added 40 to 60 minutes of additional flight time for this service.

The airline is working hard to help affected travelers. “Airline specialists are calculating possible routing options for scheduled and charter flights that are affected by the bans in order to determine their feasibility,” it states on its website.

The airline goes on to apologize to passengers for the inconvenience “caused by no fault of ours,” it states. Within 12 months of purchasing a ticket or flying on the same transit route, Belavia customers can change their flight date or request a refund.

Belavia is in the process of modernizing its fleet, recently taking delivery of its first Boeing 737 MAX 8 and Embraer E195-E2 jets. The airline should be proudly flying these brand new aircraft but is instead dealing with a long list of flight cancelations due to its government’s actions.

As noted above, Belavia, as a commercial airline, is facing the consequences of larger political decisions that are no fault of its own. Unfortunately for the carrier, this has seen much of its route map temporarily wiped out, with a good deal of uncertainty on when the situation will improve. As it stands, service to destinations in Russia would seem to be the most reliable segment of operations for the airline. 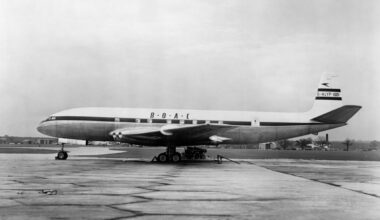 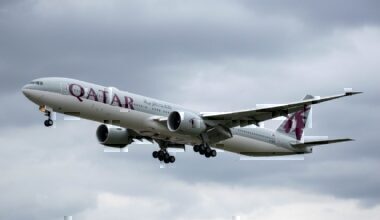