On Saturday, Berlin Brandenburg Airport Terminal 1 received its first arrivals. Following this, the airport opened to outbound passengers yesterday, as the first easyJet flights began to depart the airport. The first flight to leave was the 6:45 easyJet service to London.

Berlin’s Brandenburg Airport appears to have redeemed itself after nine years of embarrassment. The airport was due to open nine years ago. However, delay after delay and a smoke extraction system dubbed “the monster” led to the opening day being continuously pushed back. With a muted celebration, the airport is now officially open and due to replace the city’s aging Tegel Airport.

The first flight from the new terminal

It’s not every day that an airport waves off its first flight. As such, when Berlin Brandenburg Airport invited Simple Flying to attend the departure, we couldn’t say no (despite the early wake-up call to be at the airport for 04:00).

When Berlin Brandenburg opened on Saturday, it initially only opened for arrivals. For this reason, when Lufthansa’s ceremonial flight departed, it had to position to the old Schönefeld Airport, now named BER Terminal 5. Following this, the airport opened to departures yesterday morning.

On its first day of full operations, Brandenburg Airport Terminal 1 was used by three airlines: easyJet, Turkish Airlines, and Qatar Airways. As one of the airport’s primary users, easyJet had the honor of operating the first flight. This was easyJet flight 8210 to London Gatwick.

We were escorted to the gate, where there was clearly excitement in the air over the special occasion. While some passengers had booked this flight to be on the first Berlin Brandenburg T1 departure, a fair amount looked unaware of why there was such fanfare. The airport CEO, Engelbert Lütke Daldrup, and easyJet’s head of German operations, Stephan Erler were in attendance to wave them off.

According to easyJet, 115 were booked to fly on the flight. However, far fewer were observed boarding the aircraft.

Upon boarding, each passenger was given a tote bag with goodies, along with a cupcake, as is traditional at such events. Inside the tote bag, branded for the occasion, was an easyJet bag tag that reads “1st BER”, alongside a certificate commemorating the flight.

After the gate closed, the media were invited to watch the departure from the airport’s impressive viewing terrace. While the deck is perfectly placed for watching apron operations, it is sadly not ideal for watching takeoffs. The flight departed Brandenburg Airport at 06:47, before arriving at London Gatwick at 07:22.

With the event over, there was only one thing left to do. Straight to the centerpiece Starbucks to get a coffee; the early start was beginning to kick in. Others had the same idea, as Stephan Erler presented Engelbert Lütke Daldrup with a ceremonial engine blade statue at the coffee shop.

Over the coming weeks, the remainder of the airlines flying to the Berlin city will move over to Brandenburg Airport if still serving Tegel.

How do you feel now that Berlin’s new airport is finally in full operation? Let us know what you think and why in the comments! 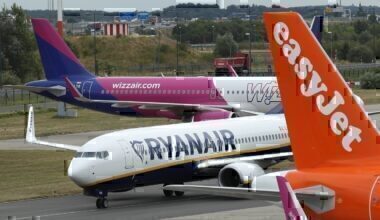 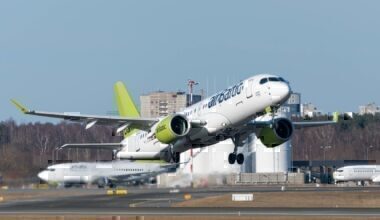 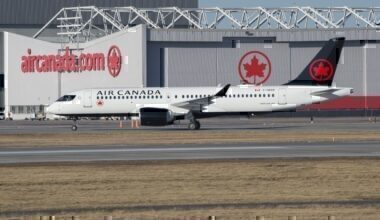 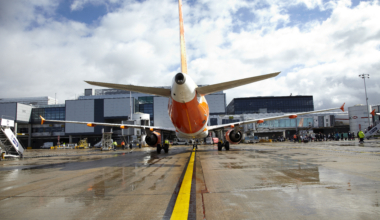