Streets, parks, and beaches are not the only places being reclaimed by animals in the midst of coronavirus lockdowns. As maintenance was being carried out on a parked Airbus A320 belonging to Spanish low-cost carrier Vueling on Monday, birds were discovered to have built themselves a nest under its wing.

Where some see crisis, others see opportunity. Finding shelter under the wing of their larger aluminum kin, a family of birds decided to build themselves an elaborate nest. Not ones for letting perfectly good Airbus A320 real-estate go to waste, they were discovered as Vueling maintenance crew was giving the plane a thorough look-over.

It is not known if the crew proceeded to remove the construction, or if the birds will be allowed to nest away until the plane will be needed back in service.

This is not the first feathered stowaways to be discovered during maintenance. In April last year, Virgin Australia engineers spotted an owl napping in the engine of a plane parked at Melbourne Airport. The owl, discovered during pre-flight checks, was released back into the wild.

This owl didn’t give a hoot where it napped! The cute little guy was found during our pre-flight checks. Our team of engineers rescued it & was assessed before being safely released back into the wild. Where’s the strangest place you’ve woken up? #HootHoot pic.twitter.com/1NEx9usRfu

Prior to that, in January 2019, as reported by Newsweek, an Asian mynah bird managed to sneak itself onto a Singapore Airlines flight between Singapore and London. Traveling in style, the bird was discovered in business class — but only 12 hours into the 14-hour long journey. Where it was hiding out until then is unclear.

Birds also become passengers on planes with more sinister underlying motives than naps or going for a joyride. As reported by Business Insider in December 2018, a passenger arriving at JFK in New York from Guyana was found to be smuggling no less than 70 live finches hidden inside hair rollers and stuffed inside a duffel bag.

US custom officials believe they were brought to the country to participate in song competitions. People bet on how many times the finches will chirp, and apparently a winning male finch can sell for as much as $10,000.

According to Planespotters, as of the 5th of April, Vueling has parked 65 out of its 102 Airbus A320 aircraft. But airplanes are meant to fly in the air, not sit on the ground for extended periods of time. For planes parked for a long time, several precautions must be put in place, and maintenance must be maintained diligently to keep the planes in good condition.

When the aircraft is parked, preferably in low-humidity conditions to reduce internal corrosion, a number of steps need to be taken. Crews put special preservative oil in the engine and hydraulic systems, and install plugs and covers to protect areas that would otherwise be vulnerable.

Aircraft also need to have their tires rolled weekly to make sure they do not develop flat surfaces. This can be done by lifting the plane up and manually rolling the tires, or rolling the aircraft around the “parking lot.”

Have you encountered any stowaways, or have you heard of anyone attempting to bring an unauthorized animal along on the plane? Let us know in the comments. 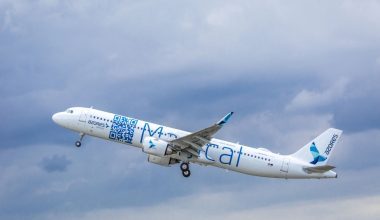 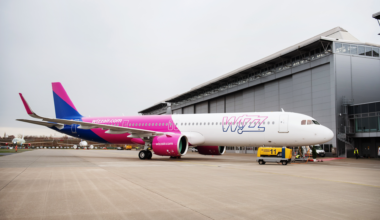