A Problem For Days: Blocked Toilets On A Boeing 787 Dreamliner

A Boeing 787 Dreamliner is a complicated machine. The plane, which can transition easily from a Dallas to Los Angeles leg to a Los Angeles to Sydney one, and do both flights with ease, can be crippled by something many passengers would not think about: blocked toilets.

When some people think about what components require the most maintenance and work, parts of the plane like the electrical system, engines, doors, or the landing gear might jump to mind as requiring a lot of work. The lavatory system is quite complicated.

Simple Flying had a chance to go behind the scenes at an American Airlines hangar in Dallas/Fort Worth International Airport (DFW). For more behind-the-scenes information about the 787, check out an exclusive look at the required maintenance for the plane and a full cabin tour of the Boeing 787-9.

Toilets are not meant to get blocked

This is perhaps one of the more obvious statements one will read here at Simple Flying, but Boeing’s team ensured that the plane would be able to handle almost 300 passengers for flights that could take as long as 16 or 17 hours.

American’s Boeing 787-9s have plenty of lavatories. There is one up at the front of the plane, by the cockpit, another two behind the business class cabin, and four at the third set of doors in economy. With a maximum passenger capacity of 285, each lavatory services approximately 40-or-so passengers if they are all distributed.

Although, the sole lavatory at the nose of the aircraft serves 30 business class customers. The two lavatories behind business service both business class and likely also 21 premium economy customers.

The four lavatories by the third set of doors behind the wing are mainly for the 234 coach customers. These units do serve more customers on average than the other lavatories. Nevertheless, the system is designed to handle it. Some may recognize the power of the toilet just by the sound it makes when flushed.

The Boeing 787-9 uses a vacuum waste system. Designed to run with a fair amount of force, the system is strong enough to prevent most clogs inside the pipes. This helps keep the lavatories in order, which is a necessity on a full long-haul flight.

While this vacuum system, which is also used on other aircraft, is powerful, it cannot 100% prevent clogs. Usually caused by passengers, the blockage itself can happen in a number of parts of the plane’s waste system. Most likely, however, the clog is inside a pipe within the inner bowels of the Dreamliner.

Per Mr. Robert Garcia, Senior Manager at the DFW Hangar, a huge problem can arise when one toilet gets blocked. As it can mess with the system and reduce its effectiveness, one blocked toilet has the potential to knock out another or multiple other toilets onboard the aircraft – which would be a nightmare scenario to manage.

So, how does a toilet get blocked?

Aircraft lavatories are designed to handle normal passenger use and toilet paper. The problem arises when a passenger tries to flush larger trash down the system. Consider something larger like a diaper or a wad of paper hand towels. These items can be too big to go through the pipe and could get stuck somewhere within the vacuum system, which can have knock-on effects.

As anyone on a flight with an inoperative lavatory can attest to, the issue can lead to delays and lines building up at other lavatories, which is a huge inconvenience to all the passengers. In some instances, blocked toilets can even prompt a diversion.

Fixing it can be a lengthy process

According to Mr. Garcia, fixing the problem can take a matter of days because of the extensive nature of the vacuum system. The wad can get stuck in any number of places in the vacuum system. So, first, the maintenance has to assess the issue and determine where the problem is. This could quire the team to run a snake through the pipes to try and find the blockage.

The search process can take some time. In some cases, this can be done while other maintenance is being conducted on the aircraft. But, the search process is not always easy. Once the problem is identified, the team moves to the next step.

Taking care of the problem, however, is no fun task. Say, for example, a wad that gets stuck in the pipes during a flight. Coupled with the temperature, the vacuum system’s properties, and the time before it is fixed, the wad can go from being wet to being dry, which is very problematic.

A dry wad can become like paper-mâché. It is crumbly, hard, and not very easy for it to come out of the pipes. This is quite unfortunate for the team member tasked with removing the wad. As you can imagine, this is not a fun task.

The whole process, however, can take a few days. Given how toilet clogs are not scheduled like heavy maintenance checks, this can pull a plane out of the system for several days, resulting in knock-on effects throughout the system.

The more complicated the blockage, the longer it can take to clear it out of the system. Other maintenance work may also impede the team’s ability to remove a blockage from the system.

Nevertheless, the team is prepared and ready to handle the issues when they arise. Just as pilots are trained to handle emergencies but are hopeful they do not have to encounter the issue, maintenance professionals are similarly ready to deal with the problem. However, they definitely are hoping not to.

So, for passengers on a flight, there is a reason for the signs and warnings posted across the lavatories warning passengers against throwing diapers or paper towels down the toilet. Those should instead be disposed of properly in a waste receptacle.

The next time you are on a flight, make sure that you follow the instructions for disposing of large waste properly to prevent an issue like this from arising onboard one of your flights and potentially grounding a plane for several days.

Are you surprised to hear that a blocked waste system can take days to fix on a Boeing 787 Dreamliner? Let us know in the comments! 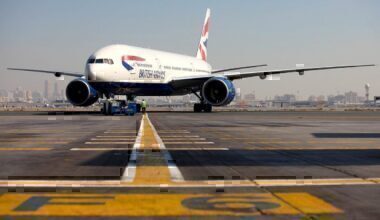 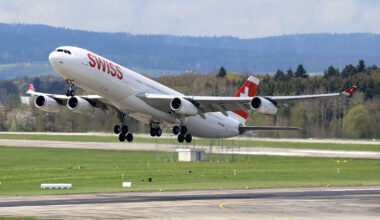