Why 737 Fuselages Are Delivered To The Boeing Factory On Trains

In certain markets, airlines and train operating companies directly compete with each other for passengers. However, in other domains, the railway plays a vital role in getting planes in the air in the first place. Specifically, this applies to the production of Boeing’s popular 737 family, whose fuselages are transported to the factory by rail. But why is this the case?

The need for Boeing to transport its 737 fuselages by rail boils down to the location where they are manufactured. Specifically, this is a role fulfilled by Spirit AeroSystems, which produces the fuselages before sending them to Boeing to join the assembly line. However, Spirit is based in Wichita, Kansas, whereas Boeing’s 737 factory is in Renton, Washington.

This is a distance of around 1,800 miles (2,900 km), and thus poses a logistical headache for the companies involved. Flying the fuselages inside larger cargo aircraft would be fast, but limited in its capacity. Likewise, specialized lorries can only transport a single fuselage at a time, and this is a very slow process. This would slow down the aircraft’s production cycle.

As such, transporting the fuselages by rail is the best compromise in terms of speed and the capacity to carry more than one at a time. The fuselages make up part of a much larger freight consist, which BNSF hauls from Wichita to Renton. By 2013, 35 fuselages a month were making this mammoth cross-country train journey.

A long history of deliveries by rail

Interestingly, the 737 is not the only Boeing aircraft for which the railway has been a crucial part of the logistical process. Indeed, Railway Age observes that Boeing has taken rail-based shipments of fuselages and other components since the 1960s.

As well as taking deliveries from Wichita, Boeing has also had parts shipped in by rail from facilities in Texas in the past. Likewise, Renton has not been the only destination for these rail-based shipments, with some also going to its factory in Everett, Washington.

This practice began with its four-engine 707, and its twin-aisle 777 has also been the subject of such deliveries. However, the 737 has become the most common beneficiary of the service. In February 2018, the fuselage of its 10,000th production arrived in Renton by rail.

Transporting 737 fuselages by rail has largely proved a practical solution to the logistical reality of getting them from Wichita to Renton. However, an incident in 2014 caused significant problems for both Boeing and Montana Rail Link. Specifically, Reuters reports that, in July that year, the train in question derailed near Superior, Montana.

This incident saw 19 of the train’s 90 freight cars come off the tracks, including three carrying 737 fuselages. The location of the derailment spelled was particularly inconvenient, as it took place at the top of a riverbank. This caused some of the fuselages to slide down the bank and into the Clark Fork River. Thankfully, no one was injured in the incident.

However, the fuselages sustained significant damage as a result, with one even breaking in two. As such, they had to be scrapped by the end of the month, according to The Seattle Times. Boeing was producing 42 737s a month at the time, meaning that the incident wiped out around 14% of its capacity for July 2014.

Did you know that Boeing 737 fuselages arrive at the factory by rail? Perhaps you’ve even seen one of these special trains on your travels? Let us know your thoughts and experiences in the comments. 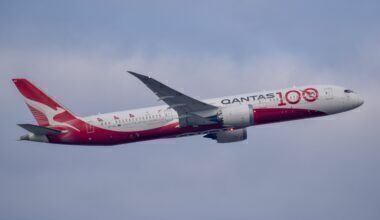 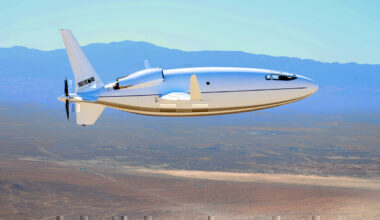