Inside The Gin Bar Made From A Jet2 Boeing 737

Travel in the United Kingdom remains restricted, with the conditions for reopening yet to be revealed. However, there is at least one way for residents of the country to enjoy a sip of their favorite drink on an aircraft this spring. The Aviator Gin Bar has a drinks bar literally made out of Boeing 737 parts, while seats and tables also made out of components.

The Aviator Gin Bar is based in the small County Durham town of Newton Aycliffe. The area has a rich history when it comes to transport innovation, with the pioneering locomotive, Locomotion No. 1 placed on the rails close by.

NHS doctor Colin Scott and pilot & electrician Wayne Richardson are the brains behind the bar. They formed The Herbal Gin Company after Colin, on vacation from his job, was sipping on a gin and tonic with family on the west coast of Scotland in 2018. He then sent a text message to Wayne, his patient and friend, asking him if he wanted to set up a gin business. Subsequently, the bar was launched in 2020.

The bar was always going to be related to aviation, with a plethora of memorabilia on site, but the move to implement parts from a Boeing 737 came after further thinking and chance encounters. The firm’s gin still was ordered in October 2019, licensed by HMRC, and then commissioned on the 17th of March 2020, the day after the UK went into lockdown for the first time. Moreover, the company was awarded its bar license on the 24th, but could not open due to national restrictions.

Wayne shares that he happened to drive past Stu Abbott, a designer, manufacturer, inventor, and owner of Stu-Art Aviation Furniture. The pair began talking, and Wayne and Colin’s inspirations soon became a reality with the help of Stu, who sourced the 737.

“Stu took my design concepts and refined them to make them happen. The bar itself is made out of a six-meter section of a Boeing 737-300, ex-Jet2, and we’ve just added things when we have the money. Then with the helicopter – my friend was the chief pilot for the air ambulance, but he had atrial fibrillation, which meant he can’t fly for two years,” Wayne shares.

“So, it was him who put me in contact with the guys at Multiflight so we could get the helicopter shell, and we had it stored at the air ambulance as we are right next door to the local collection depot. Then we had it put in here, which was a tight fit!”

Wayne and Colin are still focused on building the base further and will continue to innovate. For instance, they are soon introducing decommissioned missiles in the bar!

“I had been looking for some missiles for quite a while actually and I managed to locate some decommissioned movie props. We are making them into tables. I want you to see stuff that you’ve never experienced before. The reason for putting the helicopter in the bar is pure theatre. My bar is just about theatre,” Wayne adds.

“Most people don’t get close enough to a helicopter to see its scale. Most people also don’t get to touch the outside of an airplane. So it is about having something different, keeping it fresh, and introducing the little things that will surprise people.”

The bar finally opened on July 4th after restrictions were temporarily relaxed across the UK. Customers were treated to a range of gins available at the bar, including The Herbal Gin Company’s Seville Orange, Pink Grapefruit, and Mediterranean Lemon selections. There are many other drinks to choose from, with the bar even offering cocktail-making experiences for guests.

Following the resurgence of lockdown measures at the end of the year and into 2021, the bar was forced to close twice again. However, management made the most out of the downtime and worked on building a new beer garden, which has capacity for 56 people.

Doors will be open again soon

Customers will be able to enjoy a drink outside in the new garden from April 12th. Then, with the government sharing that it will further relax indoor restriction in the middle of May, they would be able to enjoy propping up the drinks bar made out of an aircraft fuselage.

The Aviator Gin Bar has been able to adapt quickly to the challenges. Wayne concludes that the company’s positivity has helped it get on with the task at hand. Altogether, even with the restrictions in place over the last year due to the global health crisis, locals and others around the nation have flocked to the bar while it has been open.

As a result, expansion is already on the horizon, with plans to shortly open up another location already in motion. Overall, the company has intentions to keep developing across the nation and even globally, but it is undoubtedly still excited to grow at the place where it has all started.

What are your thoughts about this gin bar made with parts of a Jet2 Boeing 737? Would you pay a visit here? Also, have you experienced anything similar to where you are? Let us know what you think of the initiative in the comment section. 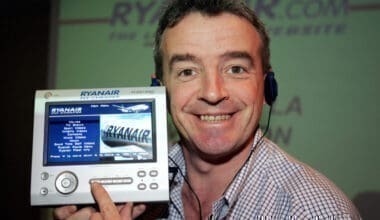 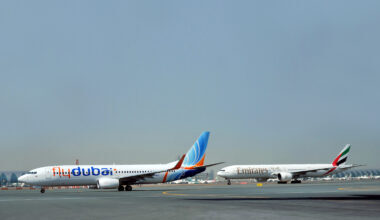 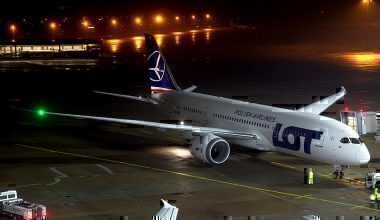 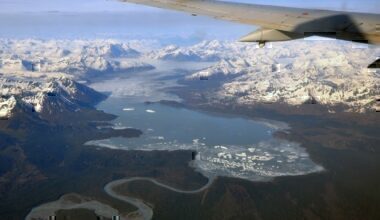 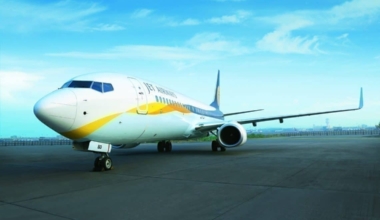 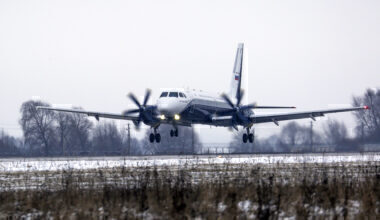