The Return Of The Boeing 737 MAX in The US

The Boeing 737 MAX was recertified for commercial operations after certain aircraft and training adjustments were complete. American Airlines was the first US carrier to resume US flights and continues to lead the way in terms of flights. Its peers are expecting to resume MAX flights in the first quarter of 2021, but, for now, the Boeing 737 MAX is off to a gradual but growing return in the US.

Getting the Boeing 737 MAX back in the skies

In mid-November, the United States ungrounded the Boeing 737 MAX, bringing the the one-year and eight-month grounding to an end. In the weeks since then, US carriers eagerly began working toward bringing the type back in commercial service.

American Airlines was the first US carrier to get the 737 MAX back into regularly scheduled commercial operations. The airline operated its first commercial MAX flight in just under two years at the end of December 2020, amidst the busy winter surge.

In the weeks before then, the carrier ran multiple test and proving flights to show the aircraft’s safety after American trained its pilots per the FAA’s updated standards and modified its aircraft to meet updated operational guidelines.

A slow increase in MAX flights

American Airlines started off small, placing the Boeing 737 MAX on a roundtrip between Miami International Airport (MIA) and New York’s LaGuardia Airport (LGA). The airline then started to expand those flights.

However, American Airlines is not the only carrier that has been flying the Boeing 737 MAX. Several other airlines have started running their own test and proving flights. In addition, Boeing has been pushing hard for MAX deliveries, which are also coming out at a steady pace as Boeing pushes forth to deliver its built and stored MAX jets.

In about a month, the number of daily MAX flights in the US has hovered between 120 and 150 flights in a day. Not all of these are Boeing 737 MAX commercial flights. A good number are also delivery and test flights as carriers get the planes ready to reenter commercial service.

How has the commercial return been?

American Airlines has gradually grown the portfolio of routes it operates with the 737 MAX over the past few months. In addition to flights to New York, the airline puts the plane on some services to Washington’s Reagan-National, Tampa, Orlando, San Juan, and St. Croix, among others.

American is primarily basing 737 MAX ops out of Miami, from where the aircraft has previously flown on some longer routes, such as to Ecuador. As American continues to increase MAX flying and the MAX is approved for flight in more countries, expect American to continue to grow its breadth of MAX operations out of Miami, which previously was a major hub for MAX traffic before the grounding.

United Airlines is planning to resume 737 MAX operations from February 11th. The first hubs to see MAX services will be the airline’s successful mid-continent hubs in Denver and Houston.

Alaska Airlines, which only recently took its first Boeing 737 MAX, will start MAX flights from March 1st, with daily roundtrip flights between Seattle and San Diego and Seattle and Los Angeles. Alaska has left open the door to be a large MAX operator in the US.

Southwest Airlines is planning on resuming 737 MAX revenue service from March 11th. More details are expected to come out in the next few months.

The MAX return will accelerate as more airlines resume MAX operations. By the summer, the US will likely be well over its previous highest daily count of MAX flights as carriers put their original pre-grounding MAX fleet back in service and post-grounding deliveries into revenue commercial operations.

Are you glad to see the MAX return in the US? Let us know in the comments! 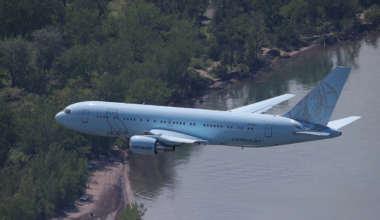 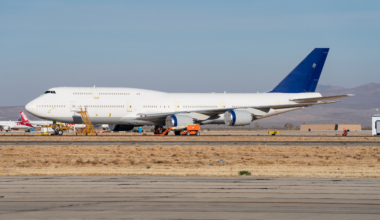