The largest variant of the Boeing 777 is the 777-300 and its extended-range variant, the 777-300ER. These planes were, before the 777X, the largest passenger twinjet aircraft Boeing offered to airlines. Simple Flying now takes a look at the two variants to pick out what the differences are.

The Boeing 777 series offers several wide-body twinjet airliners praised for their superior qualities both in terms of performance and passenger comfort. With recent upgrades, the aircraft is preferred by many airlines that want to boost their revenue and reduce costs while continuing to offer the same superb experience to their passengers. The 777X program is succeeding the 777-300ER.

It is not possible to make the Boeing 777-300 and the 777-300ER comparison without going into details about their specifications. While, in general, we can conclude that the main difference comes in the distance the 777-300ER covers (as is clear from the ER abbreviation standing for extended range), there are also some differences in the construction of the aircraft.

The 777-300ER has a range of 7,370 nautical miles or 13,649 kilometers. This is a pretty extensive range. What is a little more special, however, is that this aircraft is designed for long-haul travel. A 6,000 nautical mile flight is a breeze for the aircraft, while the 777-300 might have difficulty getting there.

The Boeing 777-300ER came after the 777-300. Since its launch, however, the aircraft proved to be a real success– more so than the 777-300. Thanks to being equipped with powerful turbofan engines – GE90-115B and aerodynamic refinements, the aircraft offers a smooth flight and excellent operating economics that make it a fantastic aircraft for long-haul travel.

The 777-300 is a great aircraft for flying a lot of passengers a shorter distance. Thus, it is no surprise that the 777-300 flew heavily in East Asia, where customers like ANA and Cathay Pacific used it on high-demand shorter routes, such as between Hong Kong and Singapore or Tokyo and Shanghai.

On a shorter route that clocks in at four hours or less, putting a lie-flat seat onboard in a premium cabin is unnecessary, which reduces the amount of square footage dedicated to a premium cabin. Lie-flat seating takes up a fair bit of room, which thus reduces the maximum capacity onboard an aircraft.

Since the 777-300 is perfect for shorter routes, airlines can configure this entirely with a non-lie-flat configuration, like ANA does, which makes this aircraft a great choice for shorter flights.

Most airlines do not like flying widebodies on short-haul routes. While it is common in East Asia, it is not very common in the United States or Europe, which are two places where the 777-300 was not a hot seller. Instead, the 777-300ER turned out to be more popular.

The 777-300ER is designed for long-haul travel, which is what airlines want to use widebodies for. Putting a widebody on a domestic or short-haul route is not always economical, nor is it easy to fill up those aircraft.

Emirates, which has a massive Boeing 777-300ER fleet, flies these aircraft all over the place, on routes short and long. Other airlines, like British Airways or United Airlines, fly the 777-300ERs almost exclusively on long-haul routes.

As it is a twinjet, the aircraft is much more economical to operate than some larger aircraft like the Airbus A380 or Boeing 747. The 777-300ER, despite being powered by only two engines, does not necessarily sacrifice capacity. Air Canada, for example, fits as many as 450 passengers onboard some of its 777-300ERs. American Airlines, in a four-class configuration, fits up to 304 passengers onboard. Emirates fits up to 442 on two-class 777-300ERs, while other of its aircraft, which are three-class planes, fit either 354, 358, or 364 passengers. 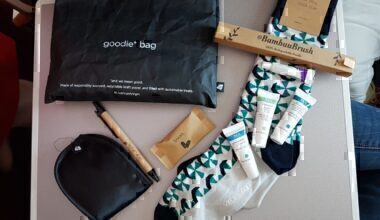