Why A Boeing 777X Freighter Would Be A Really Good Idea

Boeing is eagerly looking forward to a post-crisis world where jet sales pick up in earnest. However, that has not stopped the planemaker from considering what its post-crisis aircraft portfolio will look like. While Boeing has yet to publicly acknowledge it will be offering a 777X freighter version, it has reportedly been talking with several prospective customers. A 777X freighter is a really good idea for Boeing.

Where the 777X freighter would fit in

It is first important to recognize where the 777X freighter would fit in Boeing’s lineup. Traditionally, Boeing has offered two large freighter widebodies. The most recent generation included the 747-8F and the 777F, which also have passenger versions. Boeing 747 production is coming to an end next year, and the 777 family is also on the way out in favor of the next-generation 777X lineup. The popularity of large freighters is also evident given how much interest there is in converted 777s.

Two years from now, Boeing’s largest freighter option, the 777F, will be part of the previous generation of Boeing’s aircraft lineup. This will leave Boeing without a next-generation large freighter on offer for customers. This is especially the case with growing cargo operators looking to move on from older aircraft that have served them well but are ripe for replacement.

Boeing has highlighted how important versatility is to its aircraft portfolio. As it sees the demand for air travel grow in the coming years, it is looking to offer the most comprehensive array of aircraft with a focus on allowing airlines to simplify their fleets with aircraft that can perform a wide variety of missions.

The addition of the 777X freighter would add marginal costs while providing the benefits of enhanced fuel efficiency and capacity to power growth. It also reduces fleet complexity, given that Qatar Airways can have an overlap of spare parts, for example, with its 777X freighter and 777X passenger aircraft, further reducing complexity, offering efficiencies, and still being able to continue its incredible growth.

Showing Airbus it will fight

Some of the biggest stories coming from Boeing over the last couple of years have highlighted some of the problems the American aircraft manufacturer has faced. One of the highest-profile included the Boeing 737 MAX grounding. Other issues have hit the manufacturer in other lines, as well. Not to mention there was a major world crisis that hit air travel incredibly hard, pushing several airlines to bankruptcy and bringing new aircraft orders, and thereby revenue, to a halt.

This may have led to a market perception that Boeing was unwilling to compete with Airbus. The European manufacturer released the Airbus A321XLR before the crisis hit, which some airlines, namely United and American, ordering the type. They will use it to replace the Boeing 757 on thinner long-haul routes. Boeing does not currently offer an aircraft that fits this space, but it has been working behind the scenes on a plane in this market. Nothing concrete has been released yet.

Rather than rush forward a launch of an all-new aircraft to fit the middle-of-the-market segment the 757 once occupied, it makes a lot more sense to release a 777X freighter. This is something Boeing could work on and release relatively quickly compared to an all-new aircraft type, given that it has already begun work on 777X passenger production and has experience manufacturing and selling a widebody freighter with the previous generation of the 777.

Not to mention, there is plenty of interest in next-generation widebody freighters. Airbus has already announced its offering. A Boeing offering would show that the manufacturer is still willing to put up a fight for its share of the market without overburdening itself. 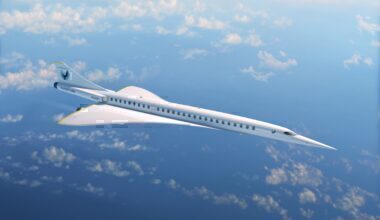