Which Airlines Would’ve Flown The Boeing 787-3?

The 787 has been a great success for Boeing. Launching a new clean-sheet design to follow the popular 777 was a bold move, but the focus on efficiency has worked well. The originally proposed variant line-up included one more aircraft that did not make it into production – the higher capacity 787-3. This article takes a look at why this happened and where such a variant would have been popular.

The 787 marked a new move for Boeing,  with a clean-sheet widebody conceived to focus on improving efficiency and reducing operating costs. The new design involved improved engines, aerodynamic upgrades, and composite fuselage construction. Its popularity prompted Airbus to revise its plans for the new A350 – also opting for a clean-sheet composite design rather than upgrading the A330.

The 787 was originally conceived with three different variants. The 787-8 was the first to enter service in December 2009 and the larger 787-9 in September 2013. The 787-3 was also proposed at launch. It would have had the same fuselage size as the 787-8, but with increased passenger capacity and a shorter wingspan (which would lower its aerodrome category). Capacity would have been increased to 290-330 (from 242 typical capacity for the 787-8).

Boeing dropped the 787-3 once airlines canceled orders for it. In reality, these orders had been canceled due to delays in the 787 program. Delays crept in from late 2007, with various problems in the supply chain. These increased into 2008, and by April 2008, initial deliveries had been postponed by up to 15 months.

To prioritize the launch of the 787-8, Boeing diverted resources from the 787-9 and 787-3, delaying them further. This was an unfortunate setback, and Boeing never returned to the 787-3.

For completeness, the 787-10 was a later addition as a third variant. This took capacity up to 330, with a further stretched fuselage to better compete with the A350-900. Singapore Airlines was the launch customer in 2018.

The only orders for the 787-3 came from Japanese airlines JAL and ANA. This is not surprising, as these airlines have a track record of opting for high-density widebodies. The 747SR was developed as a short-range variant of the 747-100 for this purpose, and the 747-400D followed with a similar role. These suit the congested and popular domestic routes in Japan – and the 787-3 would have done the same.

Could it have worked in the US?

The same shorter range, high capacity model could work well on US domestic routes too. Again, it would have featured on popular domestic routes, such as Chicago to New York. And it could have worked well as an option for the main US airlines looking for a replacement for aging 757 or 767 aircraft.

Although there were no orders, United Airlines at least was considering the 787-3. According to FlightGlobal at the time, the airline was looking at it as a replacement for its 757-200s.

Could it make a comeback?

In recent years, there has been plenty of discussion about a new aircraft design from Boeing, dubbed the New Midsize Airplane (NMA), or the 797. This was seen as a replacement for the 757 but most likely taking on the widebody form of the 767.

If the 787-3 had been developed, perhaps the NMA would never have been needed. The 787-3 would have given Boeing an offering in this market. Instead, it has ended up with neither. Boeing dropped plans for the NMA in 2020 amidst ongoing problems with the 737 MAX.

The launch of the A321XLR from Airbus also played a part. This new long-range narrowbody has already proved popular with many airlines and has given Boeing reason to reconsider its options for what to develop next.

There are several possibilities for what it could do. The challenge is a gap in offering between the 737 MAX and the smallest 787. A new clean-sheet design aircraft seems unlikely in the current environment. Upgrades to the 737, 757, or 767 are all possible. But so is a return to the plans for the 787-3.

A re-launched 787 would certainly offer the range and capacity needed, but not the versatility and cost of a narrowbody. 787 production lines are also in place, and many potential customers are already operating 787s.

Low-cost airlines could be a challenge, however. This has been a big market for the A321XLR, and most would want to stick to a narrowbody for their operations and routes. Time will tell what is chosen, but perhaps the 787-3 was only temporarily lost.

What do you think about the 787-3 and the lack of mid-sized offering Boeing now finds itself with? What other customers do you think we could see for the 787-3? 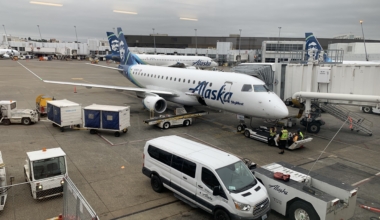 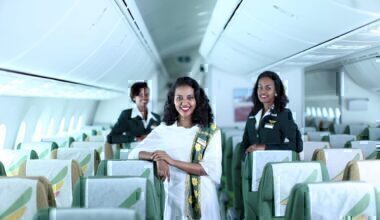 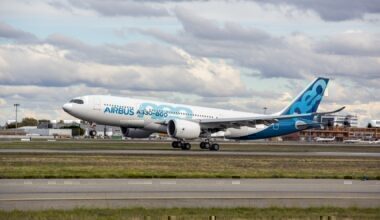 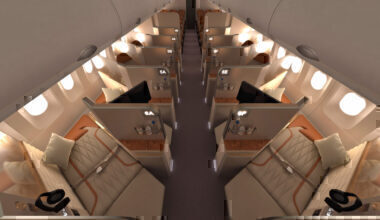 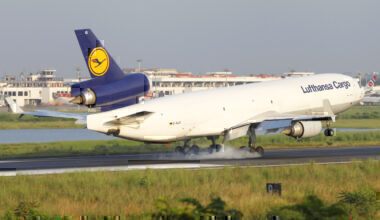 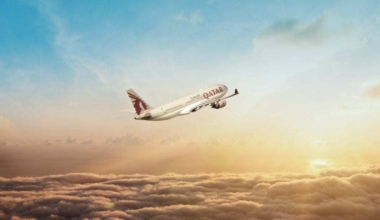