It has now been over a decade since the Boeing 787 ‘Dreamliner’ family entered service with ANA in October 2011. Boeing has produced more than 1,000 of these next-generation widebodies across three variants, whereby customers have the choice of either Rolls-Royce or General Electric engines. Let’s take a closer look at what’s available to them.

One of the engine types available for use on the Boeing 787 is the Rolls-Royce Trent 1000. This high-bypass turbofan design first ran in February 2006, more than five-and-a-half years before entering revenue-earning service on the Dreamliner. It was developed from the Trent 900, which is one of the options when it comes to powering the Airbus A380.

Despite powering the first-ever commercial 787 flight, Rolls-Royce has had some difficulties in gaining a solid market share. According to FlightGlobal, just a third of Dreamliner orders have featured the Trent 1000. In recent years, the engine has suffered supply chain and durability issues. However, the COVID-19 pandemic helped ease these as planes were flying less. This allowed engine changes to occur on inactive 787s at carriers like Virgin Atlantic.

Based in the US, General Electric presently has a commanding share in the 787 engine market. FlightGlobal reported last year that more than 60% of Dreamliner orders featured the company’s GEnx high-bypass turbofans. Much like the Rolls-Royce Trent 1000, this design also first ran in 2006. It is also used on another Boeing widebody, namely the 747-8.

Developed from the Boeing 777’s GE90n engine series, the GEnx has gone on to form the basis for the 777X family’s GE9X turbofans. The least powerful variant of the GEnx is the GEnx-1B54/P2, which produces 57,400 lbf of thrust on takeoff, and 56,300 lbf continuously.

How do customers decide?

With a pair of capable engine options at their disposal, airlines have to think carefully about which set they would like for their Boeing 787 Dreamliner aircraft. Speaking recently to Simple Flying, Rolls-Royce’s Chief Customer Officer, Ewen McDonald, explained that:

“The airline will do a full evaluation of how good the engines are: a technical evaluation and an economic evaluation. (…) They will ask [both companies] for a proposal, and go through a tender process. In the end, they decide which engine they will take, and inform [the aircraft manufacturer].”

Not all planes require customers to make such a choice. For example, the Airbus A350 is powered exclusively by Rolls-Royce’s Trent XWB turbofans. The UK-based engine manufacturer recently celebrated the delivery of the 1,000th example of this design.

Were you aware of the choice of engines faced by Boeing 787 operators? Do you have a favorite manufacturer? Let us know your thoughts in the comments. 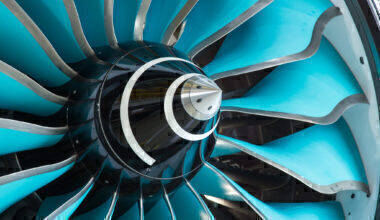 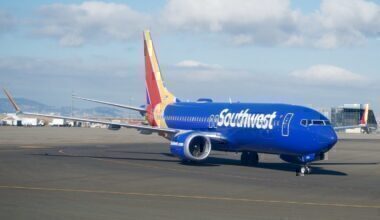