What Happens If Boeing Consolidates 787 Production In Charleston?

Boeing is weighing a path out of the current crisis. One of the big decisions it must make is whether or not it will consolidate production of the 787 Dreamliner at the Charleston Airport in North Charleston, South Carolina. This would be a huge blow to the Seattle area, which has manufactured most of Boeing’s aircraft thus far.

Why South Carolina is in the running

Boeing’s roots are strong in Seattle, so it might surprise some people that the planemaker is considering consolidation in South Carolina. However, Boeing has a strong presence in North Charleston and the city is proud to host Boeing. The city is the company’s second 787 Dreamliner final assembly and delivery facility.

The facility is quite advanced. The site is also where 787-8 and 787-9 fuselage sections are fabricated, assembled, and installed for the rear sections of the fuselage. The remaining parts, like the midbody sections, are flown into South Carolina via the Dreamlifter. The site has become a critical center for Boeing. In fact, the largest Dreamliner variant, the 787-10, is only made in North Charleston.

Alongside the company’s release of its second quarter results, Boeing’s CEO David Calhoun announced that the aircraft manufacturer was studying whether or not to consolidate Dreamliner production in one location.

Why South Carolina would make sense

Boeing plans to reduce the production of the 787 down to six per month– something North Charleston can handle alone. Boeing believes that the high number of deferrals leading to fewer deliveries, more need for parking, and lack of customer orders warrants the reduction in production.

Alongside being the only place Boeing can manufacture the 787-10, South Carolina also has a significantly high number of non-unionized workers, something which the manufacturer can leverage to reduce labor costs for employees. Plus, there are plenty of financial benefits that the South Carolina government generally provides for businesses bringing in jobs and production facilities.

It would be a rough outcome for the Everett-area

According to a report in The Seattle Times, many government and labor officials in the Seattle area have taken a stance against consolidation in South Carolina for some apparent reasons. For one, the mayor of Everett believes that the move of the 787 assembly line off to South Carolina would have devastating consequences for the local economy. Jon Holden, the district 751 president of the International Association of Machinists (IAM) union, which a good number of Boeing’s Everett-area employees are a part of, has said those jobs are critical and that Everett employees have “earned” those jobs.

If the 787 Dreamliner production stops in Everett, it will leave Boeing’s Seattle-area operations scaled back to the low-rate Boeing 767, 777, and soon-to-end 747 in terms of widebody production. The one bright side for the area’s employees would be the 737 MAX program, which will hit 31 per month by 2022.

What if Boeing chooses Everett?

If Boeing chooses Everett, then it would be rough for the plant at Charleston Airport. For one, North Charleston also thousands of employees with a focus on the Dreamliner production. Unless Boeing makes changes in Everett, the manufacturer will only be able to produce the 787-8 and 787-9.

If Boeing decides that the 787-10 is not of high importance for a few years, then it might make sense to consolidate in Seattle. For one, Boeing can better manage production and quality, something that the Charleston Airport plant has come under scrutiny for. On the other hand, if Boeing can make Dreamliners cheaply in North Charleston, then consolidating in Everett would not deliver the full benefits for Boeing.

For Everett-area employees, however, consolidation in Washington state would represent Boeing’s strong commitment to the Seattle area. Whether that kind of symbolism is what the company is looking for remains to be seen.

What will Boeing do?

Boeing has a big decision to make. The planemaker has indicated its focus is on efficiency in terms of operations and reducing costs amid a big financial crunch. The results of the study are not expected for another month, meaning there is still some time before Boeing makes a decision.

There will be some disappointment, no matter what Boeing chooses. Retaining two production cites while the manufacturer is only producing six per month is inefficient and would not deliver the cost-savings Boeing is looking for.

What do you think Boeing will do when it comes to the production of the Boeing 787 Dreamliner? Let us know in the comments! 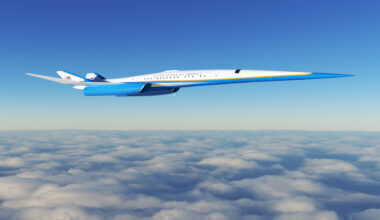 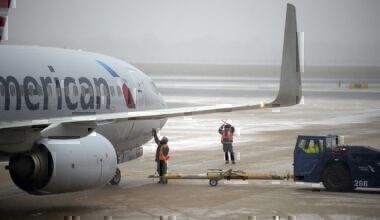 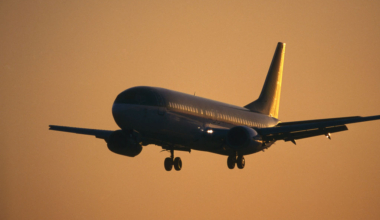 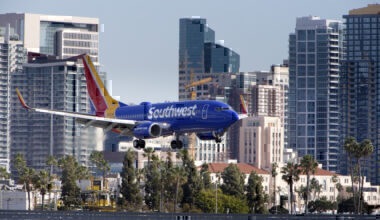