The proposed Boeing-Embraer acquisition deal has been delayed until at least March of 2020. European Union regulators are concerned that the deal would remove Embraer from being the world’s third-largest planemaker, leaving Boeing and Airbus with less competition.

Having now said that they have not received a sufficient amount of information regarding Boeings’ investment in Embraer, the European regulators have suspended their in-depth antitrust probe.

The Boeing-Embraer deal could result in higher prices

The European Commission investigating the deal is warning that allowing Boeing to effectively take over the Brazilian aircraft manufacturer could result in higher plane prices and less choice for airlines. While writing about the merger, Bloomberg quotes one of the world’s toughest merger regulators as saying that it has “stopped the clock” until it gets the answers it needs.

This new heightened scrutiny by the European regulators puts unwanted added pressure on Boeing’s plan to buy an 80% venture-controlling share of the Brazilians commercial aircraft division.

There is no escaping why Boeing wants to buy a controlling interest in Embraer. Clearly, it is in direct response to Airbus’ joint venture with Canadian aircraft maker Bombardier and their CSeries regional jet.

Now being marketed as the Airbus A220 the former C Series twin-engine regional jet is fast becoming an airline’s top choice for the 100-150 seat regional market. Not surprisingly Embraer’s E-Jet family is designed to compete in the medium-range market and would be a competitor to the A220.

A spokesperson for the European regulators issued a statement on Monday which read:

“Parties must supply the necessary information for the investigation in a timely fashion. Failure to do so will lead the commission to stop the clock.”

Last month the European regulators said that for at least the next five to ten years that they could not see a rival aircraft manufacturer from Russia, China, or Japan being able to replicate Embraer’s competition with the world’s two largest plane makers, Boeing and Airbus.

They also brought up the point that Boeing and Embraer are currently competing against one another in the 100 to 150 seat aircraft market and that Embraer is a small but important competitor in the market for slightly larger planes.

Boeing is convinced the deal will pass scrutiny

A representative from Boeing’s Chicago headquarters said that both Boeing and Embraer “continue to co-operate with the European Commission as they assess our transaction and look forward to a positive resolution.”

The European regulators had initially penciled in a February 20th, 2020 deadline to rule on the deal and then extended the deadline to March 5th before the current review got suspended.

Meanwhile, both Embraer and Boeing had already moved their expectations from completing the deal this year to sometime in early 2020 after saying they expected further scrutiny from the European regulators.

The deal the Seattle plane maker has put together requires them to pay Embraer $4.2 billion for an 80% stake in the Brazilians commercial aircraft division. 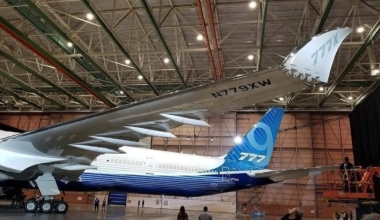 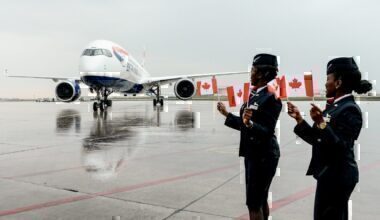