The Evolution Of Boeing’s Product Line

Boeing has been making planes for over a hundred years. The first was a little biplane that you’d have to be brave to go up in. Since then, the business has segued into a global manufacturer that’s made thousands of planes and flown millions of people. But how much do you know about the evolution of Boeing’s product line?

A biplane made of spruce wood and held together by wiring

Boeing’s first plane was a single-engine biplane seaplane called Boeing Model 1. It had a gross weight of 1,272 kilograms, a wingspan of 52 feet, a length of 27 feet, and a range of over 500 kilometers at a maximum speed of 120 kilometers per hour. Made of spruce wood, the Model 1 was held together with wire bracing.

Two were built and began flying in 1916. Both got sold to a flying school in New Zealand.

William Boeing started his embryonic aircraft business at the right time. The outbreak of WWI saw demand soar for airplanes. Another seaplane, the Boeing Model 2, was developed. It had similar capabilities to the Model 1 (albeit with a shorter range). The US military purchased 53 of them. It proved to be the financial kickstart Boeing needed.

After the war, like a lot of start-up airlines at the time, Boeing was kept busy with airmail contracts and flying freight. In September 1929, Boeing’s first true all-passenger aircraft took flight. The Boeing 80A was a biplane with three engines that could carry 18 passengers.

Just four years later, in 1933, Boeing launched its Model 247 aircraft. It was the forerunner to the 307 Stratoliner. The 247 had an all-metal semi-monocoque construction made of anodized aluminum. The plane featured a cantilevered wing, trim tabs, and retractable landing gear.

Despite the advances in design, the 247 was too small to be a commercial success. It could carry only ten passengers. What it did represent was technological progress.

It took Boeing the best part of the decade to overcome the size issue. But in 1938, Boeing launched the biggest passenger plane of the era. The Boeing 314 was developed for and sold to Pan American.  It could carry up to 90 passengers. With a length of 106 feet, a wingspan of 152 feet, and a gross weight of over 38 tonnes, the Boeing 314 had a range of nearly 6,000 kilometers. Pan American went on to fly the aircraft around the world.

At the same time, Boeing was finishing work on the world’s first pressurized-cabin transport aircraft, the Model 307 Stratoliner. But WWII intervened, and Boeing’s focus swung away from passenger aircraft to military planes. Boeing went into the bomber business, building a large number of B-17 and B-29 bombers.

Business boomed for the duration of the war. But when WWII ended, so too did the demand for bombers. In circumstances not dissimilar to today, Boeing laid off tens of thousands of workers. It also pivoted back to passenger planes.

But Boeing’s first post-war foray in passenger planes wasn’t successful. The Model 377 Stratocruiser was not a commercial success. It was a “luxurious” four-engine aircraft not well suited to an economically straitened post-war era.

It eventuated that Boeing would spend much of the decade after the war chasing military business. Boeing successfully developed military jets such as the B-47 Stratojet and B-52 Stratofortress bombers. But Boeing did parley the know-how and processes learned here into developing passenger planes, starting with the famous Boeing 707.

The 707 heralded the birth of Boeing’s commercial passenger jets

The Boeing 707 was the first commercial jetliner of the modern era. Boeing began delivering them in 1958. Pan American was the launch customer. Over the next 20 years, 865 would be built and delivered to airlines all around the world.

The 707 was to begin Boeing’s tradition of naming aircraft types 7X7. Variants of the model would go onto be called 7X7-XXX. Boeing could never be accused of imagination when it comes to naming and categorizing aircraft and their variants. On the flip side, it is easy to keep track of them.

In 1960, Boeing introduced a lighter short-range variant of the 707. Called the Boeing 720, it is arguably the least known and least successful of all Boeing’s planes made between 1958 and the present day.

Boeing sold 154 of their 720s over the next ten years, with United Airlines the launch customer. On many attributes, the Boeing 720 was a superior aircraft to the Boeing 707, but it never really took off. Boeing discontinued production in 1967.

Far more successful was the Boeing 727, which first flew in 1964 with the now-defunct Eastern Airlines. Boeing made over 1,800 of the aircraft types over the next 22 years. It was to be Boeing’s only trijet. Readers with long memories may recall the rear boarding steps and T-tail.

The workhorse of the skies

Later that decade, in 1968, the first Boeing 737 left the factory floor. Fifty-two years later, Boeing still manufactures the aircraft type. With the notable exception of the MAX, the Boeing 737 has become the workhorse of the skies and a sustained triumph for the manufacturer.

Over 10,000 Boeing 737s have left the factory. If you added up sales of all Boeing’s other passenger aircraft over the years, you’d be hard-pressed to tally more than that figure.

In 1970, Boeing sent out the first of its 747 jets. This aircraft would go on to become commercial aviation’s most iconic plane. The four-engine jumbo jet went on to revolutionize flying. Boeing sold over 1,500 over the years. However, production is now beginning to wind up.

The Boeing 747 came out in multiple variants over the years, all adhering to the now-famous 7X7-XXX naming formula. The few airlines still flying the 747 are now mostly retiring them. Lufthansa remains the holdout, stilling operating a number of the 747-400 and 747-800 types.

Except for the 720, Boeing’s passenger aircraft have all proved huge commercial successes since that first 707 took flight. It makes the present troubles facing the aircraft manufacturer all the sadder.

These days, Boeing is pouring its energies into the 787 Dreamliners, the 777, and the 737. Problems have plagued all three aircraft in recent years. That said, developing and manufacturing aircraft is a trouble-plagued business. It’s just that there is a lot more scrutiny now than in say, 1955 when the 707 was under development.

With over one hundred years of history under its belt, the odds are Boeing will keep on developing and making aircraft for some time yet. 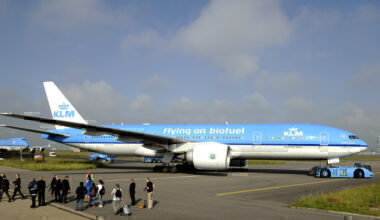 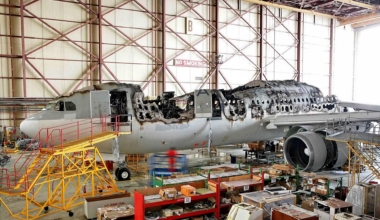 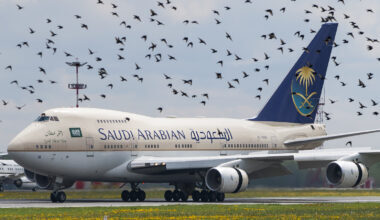