There are just 64 CRJ-1000s worldwide. This is because it is too big to comply with the US scope clause, so it never made it into US fleets. The aircraft, which has relatively low weight and seat-mile costs, is used by just three passenger airlines this year. A mere 1.4% of all regional jet flights are by the aircraft.

The CRJ-1000 has never been popular, mainly because of the US scope clause. They are a part of US pilot labor contracts that limit what aircraft and how many aircraft can operate for major carrier partners in terms of size, weight, and the number of seats.

The aircraft didn’t meet the scope clause limit because it is too heavy and has too many seats. In contrast, the smaller CRJ-900 did, and as such, this aircraft sold well in the country, with some 303 examples remaining in that one country alone.

The development of the CRJ-1000 was announced in February 2007. The purpose was to offer a larger aircraft, with around 100 seats in an all-economy configuration, optimized for relatively short sectors where no belly cargo was needed. The first flight was accomplished 19 months later in September 2008.

The -1000 had the highest number of seats for Bombardier until the first flight of the CSeries half-a-decade later, not that the two aircraft were equivalents. The CS100, which is now the A220-100, was designed for 108 to 135 seats but was typically meant for about 125. The aircraft, which has just two operators, was for a much broader array of missions.

As you would expect, the CRJ-1000 is much lighter than the A220-100. It has about a 34% lower maximum takeoff weight (MTOW), despite potentially being similar by the number of seats.

A fairer comparison, though, is perhaps with the CRJ-900, over which the CRJ-1000 could have 32% or more seats in exchange for a 9% higher MTOW. No wonder the -1000 is perceived as having relatively low seat-mile costs – at least for a regional jet.

There are just 64 CRJ-1000s in existence, analysis of ch-aviation.com‘s database reveals, with the last delivery made in 2018. The global fleet is summarized below, with 39 aircraft in active use. Only three passenger airlines – Air Nostrum, Garuda, and HOP! – have scheduled them to operate this year. However, their future with Garuda is uncertain.

Just 1.4% of all regional jet flights

The CRJ-1000 has an estimated 53,000 two-way flights scheduled this year, according to OAG data supplied by operators. To put that into context, the aircraft has just 1.4% of all regional jet flights globally and 3.2% of all movements by CRJs.

Where to see them?

The very short 87-mile link between Ibiza (IBZ) and Palma (PMI) in the Balearic Islands sees the most CRJ-1000 flights. This is followed by the even shorter 82-mile route between Palma and Mahon (MAH). The third best place to see them is from Lyon (LYS) to Nantes (NTE).

Despite Madrid (MAD) not featuring in the leading three routes, the Spanish capital is overwhelmingly the best airport to see the aircraft. It has about 25,000 movements and nearly half of the world’s total (48%).

Have you flown the CRJ-1000? If so, with which airline and on what route? Let us know in the comments. 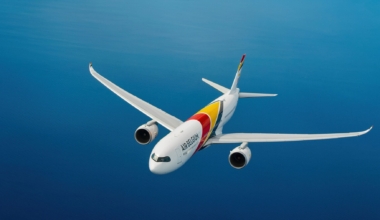 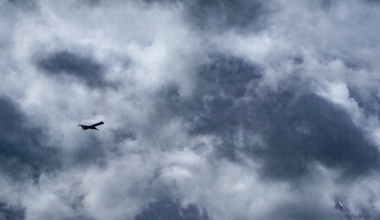