Today, Boom Supersonic has announced that it will be partnering with the Air Force in the US. The supersonic transport company said it had signed a contract on September 8th. Over the coming months and years, the company will look to create aircraft suitable for use by top US executives, including the President.

Supersonic Air Force One on the cards?

It’s been a while since there has been any regular supersonic aircraft in our skies. After Concorde’s retirement, the technology of the plane has not been on par with the desire to restart supersonic travel. In the modern age, where many lives are focused on efficiency, supersonic air travel clearly has a market. It’s not just for the everyday business traveler either.

Today, Boom Supersonic announced its collaboration with the Air Force. It will now look to create super-fast travel for top US executives, including the President of the United States. With appointments to fill across a vast country, this is an idea that has wings. It’s not only useful, but it’s also plausible.

Speaking in a press release today, the Founder and CEO of Boom, Black Scholl, said,

“By cutting travel times, we make it possible for US diplomats and executive leaders to connect more frequently in person, meeting challenges and defusing potential crises with a personal touch. We’re so proud to help envision a new way for the Air Force to provide transport for critical government activities.”

To realize this dream of supersonic executive travel, Boom will be using its Overture product. According to Boom, the aircraft is capable of cutting international journeys in half and makes a London to New York flight possible in just three and a half hours. What’s more, a Sydney to Los Angeles flight can be completed in as little as eight hours.

That’s all thanks to the design of the Overture aircraft. With a streamlined body and sharp, pointed nose (much like the Concorde), the aircraft makes the most of reduced drag.

It also includes three turbofan engines that facilitate its speed. The aircraft can fly at Mach 2.2 or 2,300 km per hour, with a range of 8,300 km. To manage such speeds, the aircraft is also engineered to offset any excess heat that could cause damage.

So, what about the inside? Well, it is unclear exactly how Boom’s supersonic Air Force One would look. However, we do know that it will be designed with flexibility in mind. The current design for the aircraft features a single-aisle 1-1 design allowing passengers both window and aisle seats. It can sit up to 55 passengers in a business class configuration, which Boom says is “designed for comfort, privacy, and productivity.”

Only good enough for the President?

The Boom Overture is an ingenious aircraft, and thankfully it’s not just the US President and the Air Force that will benefit from it.

Boom has entered into an agreement with two large commercial airlines, which will have options on Overture aircraft in the future. Japan Airlines struck up a partnership with Boom three years ago and has 20 options on its aircraft.

Likewise, the Virgin Group has options for 10 aircraft. At around $200m per aircraft, these pre-orders are quite steep, but they have the potential to revolutionize revenue in the future.

Are you excited for the return of supersonic aircraft? How important is it for politicians to travel in this way? Let us know your thoughts in the comments. 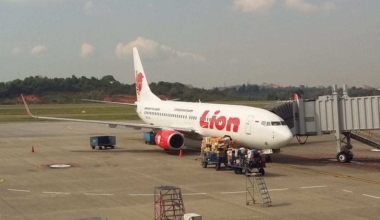