Brazil has a new airline. Today, ITA Transportes Aéreos launched its first flight, which departed from Guarulhos International Airport in São Paulo to Brasilia. This new company aims to become Brazil’s most prominent player, though it has a long road ahead and has already faced a few setbacks. Let’s investigate further.

Dawn of a new time

The Brazilian startup operated its inaugural flight today. ITA Transportes Aéreos used its Airbus A320-232 registration PS-SPJ to make this first connection. The aircraft is 15 years old, and it is one of the four ITA currently has. You can see the airplane’s page on RadarBox.com.

ITA will deploy its full capacity on 72 routes starting tomorrow, offering up to 317 weekly frequencies. The startup had to cancel a few flights and scrap three routes before its launch, because there wasn’t enough demand.

Nevertheless, ITA aims at more ambitious plans. It hopes to have 35 destinations by June 2022.

Airbus celebrates having a new operator in Latin America

Airbus has the largest narrowbody market share in Latin America. The European OEM built approximately six out of every ten single-aisle planes departing in the region.

Now, Airbus has a new operator in ITA Transportes Aéreos. Though, ITA’s planes are not new.

ITA currently has four A320ceo and expects to increase its fleet to ten in the short term. Later, it envisions having up to 50 aircraft. While it currently seems like an overreach, ITA would like to have 40% of the Brazilian market share and deploy flights to Europe, eventually.

ITA’s A320ceos have a capacity of 162 passengers. Among the Brazilian airlines, ITA has the lowest capacity available per plane. GOL and Azul both have on average 176 seats on their narrowbody fleet, while LATAM has up to 182 seats, according to ch-aviation.

“ITA’s planes were customized to allow the maximum pitch space between seats. Therefore, according to the Civil Aviation National Authority in Brazil, all seat rows are within the Category A of comfort,” said ITA in a statement. Each passenger will have between 79 and 107 centimeters of space between seats.

ITA Transportes Aéreos is entering a highly contested market. Brazil currently has three distinctive carriers that hold 99% of the market share. These are GOL, Azul, and LATAM.

Nevertheless, the startup does have a bit of brand recognition. ITA is the new business bet of Itapemirim Group, a Brazilian conglomerate that runs the largest bus company in South America, linking every corner of Brazil. Therefore, the Brazilians know the yellow livery of ITA; they’ve seen it before on the ground.

Both GOL and Azul don’t seem too worried about ITA’s launch of operations. These two carriers have stated that they welcome the competition. Plus, they’ve said that ITA doesn’t overlap in most of their routes so far.

“The competitors, at their best, have helped us even to reinforce our business model based on single fleet aircraft, high aircraft utilization, and the strategic and very important network focused on customer experience. We are ready for the competition. They are already here, though this is a very challenging moment to start a new company in Brazil and all over the world.

Would you like to travel with ITA Transportes Aéreos? Let us know in the comments. 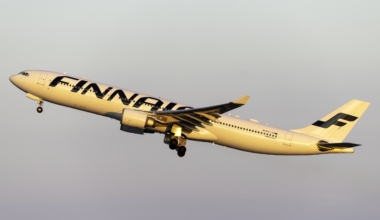 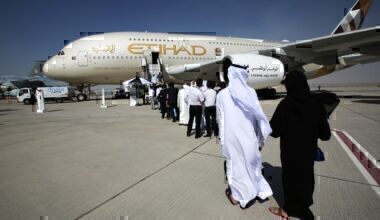 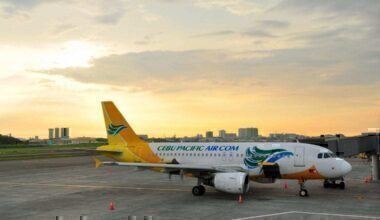