Breeze Airways has revealed its initial offering of routes and schedules. Focusing heavily on the Eastern and Southeastern United States, Breeze Airways is sticking to its point-to-point model and starting with its Embraer E190 aircraft. The first flights will run on May 27th.

Below is the full route map Breeze intends to fly by the end of this summer:

Most of these airports are secondary airports in the United States that see relatively limited air services on point-to-point, nonstop routes.

The final routes are the following:

Fares will start at $39 on the routes and come in two categories: “Nice” and “Nicer.” Nice is the base fare, whereas Nicer gets more perks.

If you book a Nice fare, you will not have to pay any change or cancel fees and will receive a reusable credit if you cancel. This credit is good for up to 24 months. All base fares come with a personal item, and you earn BreezePoints on 2% of your spend on the airline.

Nicer fares come with the same perks as the Nice fare, but with a 4% earning of BreezePoints. Nicer fares also come with one complimentary checked bag, an extra-legroom seat, drink and snack, and priority boarding.

Breeze is selling standard economy and extra-legroom economy sections on its aircraft.

Betting big on the south

When all is said and done, New Orleans, Tampa, and Charleston will be some of the biggest winners with routes, followed by Norfolk and Columbus. Tampa to Charleston is the inaugural route and was previously the only known route on Breeze’s radar.

Breeze Airways is coming big to those cities while neglecting some other strongholds for now. Breeze will have no presence in the Nashville, Atlanta, Raleigh, Washington D.C., Indianapolis, Dallas, or Houston metro areas, to name a few of the fastest-growing or most important marketplaces.

Breeze will continue to grow, especially with its sizable order book for Airbus A220s. For now, most people in the US will need to get in their car and drive to a destination or else wait a little longer for Breeze Airways to grow.

This summer, Breeze will fly 13 Embraer jets. Ten of them will be 108-seat Embraer E190s, and three will be 118-seat Embraer E195s. The Airbus A220s will start arriving this October and will be used on flights longer than two hours.

The Airbus A220s will, very interestingly, come with a premium cabin in a 2-2 configuration. This is missing on the Embraer E190s and will be called the “Nicest” cabin.

Are you going to book any of these Breeze Airways routes? Let us know in the comments! 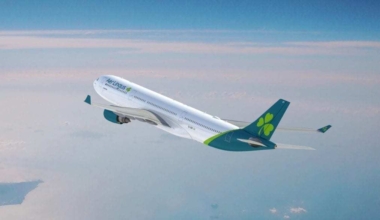 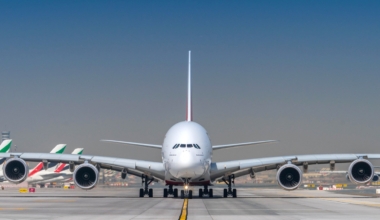