The first Airbus A220 bound for Breeze Airways has been spotted at Airbus’ A220 plant in Mobile. Alongside the livery reveal, European aviation giant Airbus revealed that the airline had placed an order for 20 additional A220 aircraft on top of the 60 firm orders already existing.

While many may think that the pandemic would be the worst time to start an airline, startup CEOs disagree. A couple of weeks ago, PLAY reported a better than expected start, while Breeze, having launched in late May, is now working on expanding its fleet.

Earlier today, Airbus revealed that it had finished painting the first Airbus A220 bound for Breeze Airways, as seen above. The aircraft has line number 55128. According to data from ch-aviation.com, the aircraft is expected to be delivered in October 2021. Airbus’ official delivery date is less specific and only given as Q4, 2021.

While the aircraft’s delivery isn’t far away, it seems as though its entry to service is a little further. According to Airbus, Breeze won’t begin to fly the A220 in commercial service until the second quarter of next year, i.e., April to June. In the meantime, passengers will continue to enjoy the airline’s Embraer E190 aircraft.

In January 2019, David Neeleman’s startup airline, then known as Moxy, made it clear that it was serious. Despite being over two years away from its launch, the airline placed one of the largest A220 orders yet. This was for 60 aircraft at the time.

Now, the airline is upping the game, even before its first Airbus A220 starts flying. For a while now, Airbus has been sitting on many undisclosed orders for the A220 type, with 21 listed for the -300 at the end of August. The manufacturer has now confirmed that 20 of these are due to go to Breeze. This isn’t totally unexpected, as Simple Flying reported this might be the case back in April 2021.

The second-largest A220 airline

With the additional 20 Airbus A220-300 orders, Breeze is currently set to become the world’s second-largest Airbus A220 operator. As things stood, they would’ve been joint third with Air France, which also has 60 A220-300s on order. JetBlue, another Neeleman airline, has an order for 70 -300s.

Breeze will still sit behind fellow US carrier Delta Air Lines as the largest operator, with Delta having 95 jets on order and 50 delivered so far. However, Delta’s order is split between 45 -100s and 50 -300s, meaning that Breeze will operate the largest fleet of Airbus A220-300s, unless another airline orders more aircraft.

The airline’s fleet will start building quite rapidly. After the first delivery later this year, Breeze expects to take roughly one Airbus A220 a month, with deliveries lasting for the next six and a half years.

What do you make of Breeze’s Airbus A220 livery? Let us know what you think and why in the comments below! 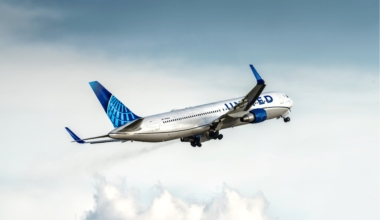 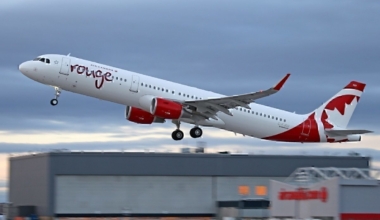 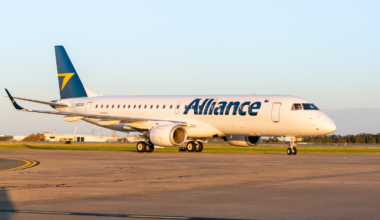 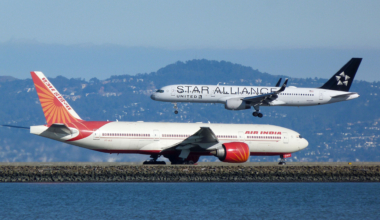 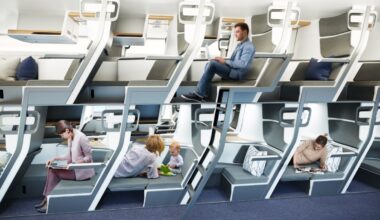