British Airways has become the latest airline to receive a Hong Kong ban. Authorities have barred the British carrier from flying to the major city after passengers were found to be infected with COVID-19. The ban will last until December 25th.

The South China Morning Post has reported that British Airways’ flights to London have been barred for two weeks by Hong Kong’s Department of Health. The airline received the unwelcome notice after four passengers were found to be infected with COVID-19 on arrival from a BA flight and another person failed to comply with requirements.

Hong Kong has been strict when it comes to COVID-19 arrivals. Carriers with even a single positive passenger onboard a flight can face a two-week ban if other passengers on the aircraft failed to comply with other health measures. Banned airlines can continue to fly passengers out from Hong Kong.

A tough situation for British Airways

A ban like this can wreak havoc on an airline’s last-minute operations. From now until Christmas, BA will need to cancel and rebook passengers on other airlines. A good chunk will probably move to fellow oneworld partner, Cathay Pacific, which also flies nonstop between Hong Kong and London.

BA27 is the flight in question on Tuesday where passengers arrived with COVID-19. The aircraft involved on flights to Hong Kong from London-Heathrow now are Boeing 777-300ERs.

“We are disappointed to have been instructed by the Hong Kong authorities to temporarily suspend our passenger flights from London to Hong Kong and are working closely with the authorities to resume these services. We are contacting our customers to apologise and offer the option of flying with another carrier, travelling with us at a later date or accepting a full refund. Our flights from Hong Kong to London continue to operate as normal.”

Not new for Hong Kong

Hong Kong has been incredibly strict when it comes to airline arrivals bans. The lion’s share of reports of the ban have involved Air India, which has received at least five bans. Last month, Hong Kong and Singapore even delayed a travel bubble amid viral spread. It is clear that the city’s government is taking a very cautious approach to allowing travel.

Hong Kong has been equally strict as to its arrival process in a move to stem the tide of viral spread in the city. This has led to a near end to many people’s travels.

This is a bit of an incentive for carriers to do whatever they can to ensure that they follow all procedures and communicate it as effectively as possible to their passengers. However, carriers are also limited in what they can do, as carriers will ultimately have to rely on their passengers’ honesty and cooperation, which is not always a guarantee.

What do you make of this British Airways ban from flying to Hong Kong? Let us know in the comments! 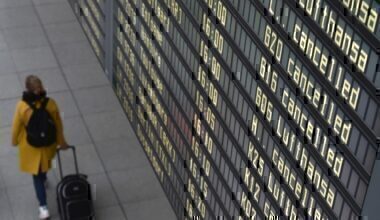 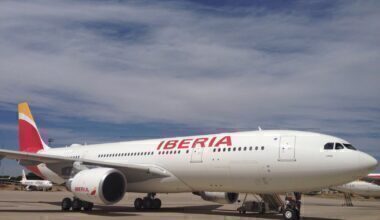