Has British Airways Been Making Use Of Its Boeing 787-10s?

Over a year since it was due to take its first Boeing 787-10, British Airways still only has two of the aircraft. As deliveries of the Dreamliner have been on pause since October, new aircraft bound for the British Airline have even been sent into storage. However, how is British Airways using the two aircraft that it has?

The 787-10 is the largest of the Boeing 787 Dreamliner family. By launching operations with the type, British Airways became part of an exclusive club of airlines with all three variants of the Dreamliner. However, for the time being, the BA 787-10 fleet has remained smaller than hoped.

G-ZBLA was the first of British Airways’ Boeing 787-10s to be delivered. Initially, the aircraft was due to arrive in January 2020. However, time after time, the plane was removed from the schedule. The aircraft was eventually delivered on June 28th, 2020, after a delay of half a year.

It seems that while British Airways is still operating at fairly record lows, the airline has been putting its 787-10 fleet to use. According to RadarBox.com, until the end of February 2021, G-ZBLA has operated 278 flights totaling 2,350 flight hours. The aircraft’s most common routes were to Dallas Fort Worth (142 trips) and Seattle Tacoma International (83 visits).

But what about G-ZBLB, the slightly younger sister? While G-ZBLB is technically the younger of the two aircraft based on delivery dates, it only just qualifies. In this case, the phrase “waiting ages for a bus and then two come at once” was apt, as it was delivered just days after G-ZBLA.

Despite being the second Boeing 787-10 to join the fleet, it seems as though British Airways has put it to more work than its sister. According to data from RadarBox.com, the plane has clocked around 2,500 flying hours to the end of February 2021, spread across 306 flights.

Again, Dallas remains the most visited destination with 162 trips, followed by Seattle with 74 visits. However, Stuttgart Airport clocks in at number three with 26 visits. The aircraft has been used on this route for its cargo capacity.

So what’s next for the British Airways Boeing 787-10 fleet? It seems to be a case of sit and wait as far as British Airways is concerned. Boeing hasn’t delivered a 787 Dreamliner since October. As a result, one of the airline’s next Boeing 787-10s due for delivery was instead flown to Victorville for storage (as shown in this article’s first picture).

On the matter, a Boeing spokesperson recently told Simple Flying,

”Based on our current plans, we continue to expect to resume delivering 787s by the end of March; however, we will continue to take the time necessary and will adjust any delivery plans as needed. We remain in constant and transparent communication with our customers and regulators.”

What do you make of British Airways’ Boeing 787-10 utilization? Let us know what you think and why in the comments! 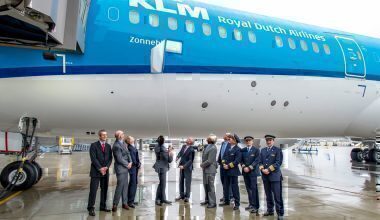 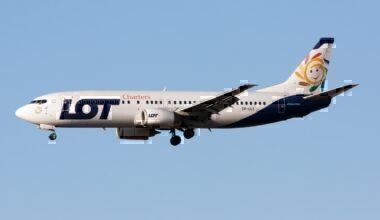 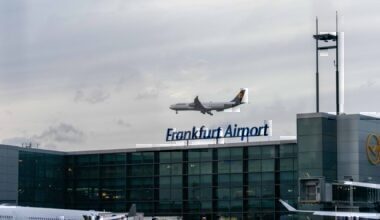 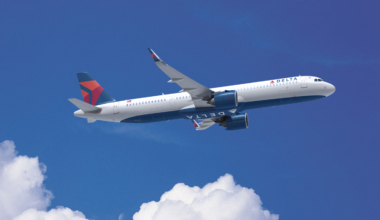