British Airways Airbus A319 Returns To Heathrow Due To Cockpit Fumes

A British Airways Airbus A319 decided to return to London Heathrow Airport (LHR) after the crew started to smell fumes on the flight deck.

While operating as flight number BA-902 from London Heathrow Airport in the United Kingdom to Frankfurt am Main Airport (FRA) in Germany the British Airways Airbus A319 declared a pan-pan emergency.

The British Airways jet registration number G-EUPY was climbing after having taken off from Heathrow’s 09R runway and was at 7,000 feet when the crew sent the emergency message reporting fumes in the cockpit.

BA says the fumes were caused by a minor technical issue

As a precaution, the captain decided to return to Heathrow landing safely on runway 09R some 35 minutes after departure at 07:45 in the morning. The incident occurred early yesterday morning (Friday morning on December 20th, 2019).

According to the aircraft website The Aviation Herald, British Airways reported the cause of the fumes to be “suspected minor technical issue” and that the aircraft returned to Heathrow as a precaution.

A passenger aboard the business commuter flight told The Aviation Herald that an announcement was made shortly after takeoff requesting the senior flight attendant to contact the cockpit via intercom.

The captain announced that they were returning to London

A few moments later the flight attendants closed the curtains that divided the galley from the main cabin. Around 15 minutes into the flight the captain made another announcement this time saying there were fumes in the cockpit and that he was returning to Heathrow.

According to the passenger when the captain made the second announcement, it was obvious that he was communicating through an oxygen mask as you could hear breathing.

Following the second announcement, the aircraft was on the ground around 10 minutes later. Once the plane was clear of the runway the captain stopped to allow the ground crew to inspect the aircraft.

Once he was given the all-clear, the captain taxied and parked up on the apron. Now making his third announcement to the passengers, the captain told them that the police would have to inspect the cockpit before that would be allowed to disembark.

The captain subsequently entered the cabin from the cockpit and explained in more detail what had happened and why they had returned to London.

Recalling his account of events, the captain said that shortly after takeoff they started to smell fumes and went through their checklist to isolate the fumes from the cabin.

With the smell worsening it was obvious that they could not continue to Germany, so put on their oxygen masks and returned to London Heathrow.

The captain ended his recollection of events, assuring the passengers that none of the fumes entered the cabin and that British Airways maintenance staff would now check the aircraft to find what had caused the fumes.

The passenger aboard the flight confirmed the captain’s story saying that the only time he had smelt anything was kerosene when they first started the engines.

When the passengers were finally allowed off the plane they were all handed food vouchers and directed to a replacement flight. The replacement aircraft was another British Airways Airbus A319 registration number G-EUPE.

The second flight to Frankfurt was uneventful and had everyone from the previous flight on the ground in Germany four hours later than BA-902s regularly scheduled arrival time. 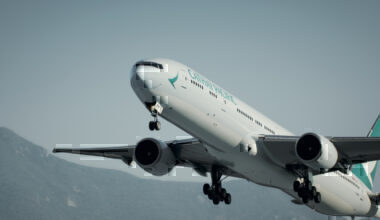 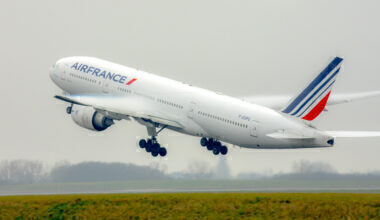