In two days, British Airways will begin accepting digital health passports on flights from the United Kingdom to the United States. The passports will allow passengers to complete document verification before arrival at the airport, significantly streamlining the travel experience.

The COVID-19 pandemic has fundamentally changed the aviation industry. Not only have masks become the new normal, but airlines are also now tackling the challenge of checking negative COVID-19 tests, required documentation, and vaccination status. British Airways has partnered with VeriFLY, having seen the app’s results achieved by partner American Airlines.

The VeriFLY app works by verifying a passenger’s information and documents on behalf of the airline. Once the app is downloaded, passengers are prompted to confirm their email and basic data such as date of birth, in addition to submitting a selfie.

When it comes to travel, the passenger selects their destination from the list and populates flight details. This will then generate the required documentation. In the case of the United States, the app will get the passenger to confirm they have a passport, upload a picture of their negative COVID-19 test, and ask the passenger to fill in a health declaration.

The COVID-19 test is securely sent to the VeriFLY team, who will confirm that it meets the requirements and the time taken since the test was administered. The company is erring on the side of caution with accepting tests when not sure of its authenticity and can notify passengers to send additional information through the app. The requirements are tailored by country, meaning travelers to the UK would have their travel declaration also verified.

Once all steps have been completed, the passenger gets a pass or fail message and can proceed to the airport as appropriate. British Airways is initially targeting UK-US flights, with the other direction to be added shortly. Longer-term, the airline is eyeing Canada and other destinations. However, the airline emphasized that it wants to roll out additional countries in a scaleable manner. The focus is on making sure that it is done correctly rather than quickly.

What are the benefits of the VeriFLY app?

American Airlines has been using the app since November 18th, when it launched on flights from Miami to two Jamaican destinations. Preston Peterson, Director of Customer Experience at American Airlines, told Simple Flying that the feedback and takeup have been great in the two and a half months since.

Peterson explained that the app already has 100,000 users, with a noticeable uptick in the adoption rate in the past couple of weeks. The airline is seeing a 4.8 out of five satisfaction rating from passengers, and with the possible time savings available, it is easy to see why.

According to American Airlines, check-in times for international flights had quadrupled in some cases. This was seeing three to four hours of additional time due to document verification at peak times. With the VeriFLY app, passengers can use a separate check-in area, saving 10-15 minutes in most cases. British Airways has said that dedicated check-in areas will be provided at Heathrow Terminal 5 and outposts on routes where VeriFLY is accepted.

Of course, for passengers who may not have access to a smartphone, in addition to those who would prefer to avoid the app, travel is still possible. They will instead have to undergo manual document verification upon arrival at the airport. VeriFLY commented that it is impossible for passengers just to tick boxes to avoid being checked due to their document checks. To combat fake COVID-19 test certificates, the company is working directly with around 30 major testing companies on digital result verification.

Adapting the app as travel changes

As we’ve been made painfully aware, governments can enact significant policy changes at short notice when it comes to travel. The VeriFLY app is rules-based, and as each country is given its own profile, it is easy for the requirements to be adapted.

For example, the UK is expected to bring in a declaration that travel is essential. This will be added as and when the rules are revealed. Peterson said that American Airlines was directly in conversations with Customs and Border Protection regarding the app, so required changes can quickly be implemented. The app was actually planned before COVID-19 and has thus taken on a new role in response to the pandemic.

What about IATA’s travel pass?

Recently we’ve also seen a lot of talk about IATA’s travel pass. British Airways confirmed that it was still working with IATA on its travel pass. However, the Travel Pass app focuses on covid test results and vaccination status, rather than other requirements. Ultimately, the airline aims to streamline the journey for as many passengers as possible, and multiple solutions could answer this.

Are you excited to see the roll-out of VeriFLY to British Airways flights? Let us know what you think and why in the comments! 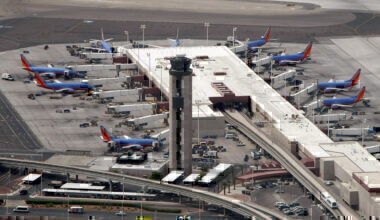 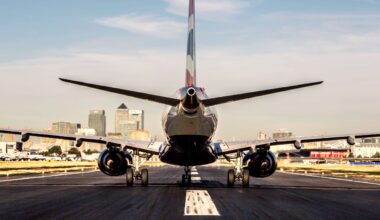 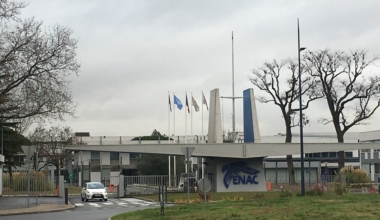 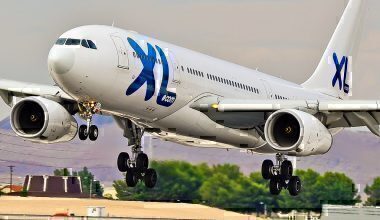