British Airways has operated a special Boeing 777-300 flight to Shanghai. The purpose of the flight was to carry essential medical aid to the United Kingdom in coordination with the British Embassy in Beijing. It comes around a week after a similar flight was operated by Virgin Atlantic.

Around the globe, cargo capacity has fallen significantly. Typically, passenger aircraft will carry some cargo in their belly in addition to the baggage of the paying passengers above. This provides some extra income for the airlines operating the flights. However, this capacity has vanished as a result of the decline of passenger flights.

China was the first destination that was cut by British Airways as a result of the current global crisis. This followed government advice to avoid all but essential travel to the country back in January.

However, this morning the airline returned to China in order to collect personal protective equipment for frontline workers, in addition to vitally needed ventilators. Interestingly, unlike Virgin Atlantic last week, British Airways only used the cargo compartment and carried no freight in the passenger cabin.

The aircraft that operated the flight to China was one of British Airways’ Boeing 777-300ER aircraft. The plane, G-STBB is around 9-years-old. Prior to its journey to Shanghai, it last flew on the 3rd for April from Singapore to London.

According to FlightRadar24.com G-STBB departed from London Heathrow at 15:25 yesterday. After a 10-hour 19-flight, it arrived in Shanghai at 08:44 this morning. The aircraft remained on the ground for just 2-hours and 15-minutes while it was loaded with its precious cargo before departing for London at 11:00. The aircraft then flew for a further 12-hours and 8-minutes before landing back home in London at 16:08 this afternoon.

Speaking about the flight the airline’s CEO, Alex Cruz, said:

“We are doing all we can to support the global response to Covid-19, whether it’s flying important medical supplies in to the UK or helping to bring Britons home. We will continue to use all available resources to support the Government, the NHS and communities all over the world who might be in need of our help.”

An interesting tidbit was hidden in the British Airways press release. It read,

“The flight was made possible after the Civil Aviation Authority of China (CAAC) gave permission to reopen British Airways’ regular Shanghai to Heathrow passenger route for cargo use.”

Simple Flying reached out to British Airways regarding the statement. An airline representative revealed that more flights were on the way. However, they were not able to comment on how frequent the flight will be. It will be interesting to look at the flight data for the route to see how it turns out going forward.

What do you make of British Airways’ cargo flight? Let us know your thoughts in the comments. 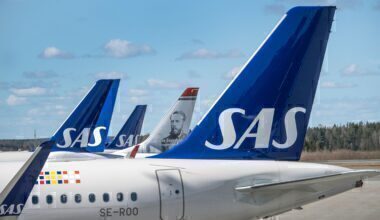 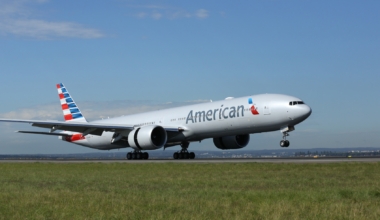